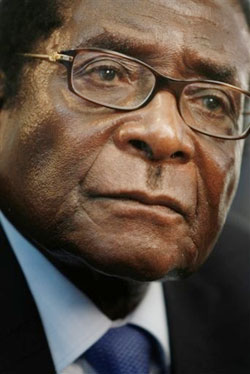 IT MUST be an aspiration of every reasonable Zimbabwean to see the country transcending moments of madness that have haunted this great nation over a long period of time. We wish to be assured that Zimbabwe is indeed on a sustained course beyond a catalogue and series of ‘moments of madness?’
We wish to one day say such moments of madness were part of the painful birth pangs heralding re-birth of tolerant, democratic, and inclusive, and developed great nation of Zimbabwe. We wish for a Zimbabwe where coloniality, violence, tyranny, impunity, and puppetry would be part of a negative history that will never be repeated.
Is the peacefulness of the elections that took place on July 31, 2013, signalling genuine transcendence of moments of madness? Are those who cried out about rigging of elections to be simply ignored?  The reality is that Zimbabwe has not been haunted by one moment of madness but many. Surely Gukurahundi was not the only moment of madness.  Moments of madness pre-date 1980 if one documents historical incidents in which black-on-black violence has been a problem.
Rhodesian settler colonialism was a terrain of grand moments of white madness. On the African nationalist stable, one can perhaps go back to the split of ZANU from ZAPU in 1963 as marking the beginning of moments of madness among nationalists that would haunt the political trajectory of Zimbabwe from colony to a sovereign state. Gukurahundi occurred barely two years into ‘post-colonial’ Zimbabwe. What about Murambatsvina? What about other military-coded operations—Mavhoterapapi, Chimumumu and others?
Are we really beyond the madness of coloniality, tyranny and puppetry? What about the madness of Western powers and their selective use of sanctions? When will Zimbabwe be free as a peripheral small state to decide its political and economic destiny unencumbered by global imperial designs and coloniality?
In his speech delivered during the official opening of the 8th Parliament of Zimbabwe on Tuesday, September 17, 2013, President Robert Gabriel Mugabe highlighted the fact that the parliamentary session came soon after the harmonised elections, which were held in ‘an environment of prevailing peace and tranquillity.’ He went further to say that now that elections had taken place, Zimbabwe looked ‘forward to meaningful and effective collaboration with all the progressive members of the global community’ and expressed his new government’s readiness to ‘work even with those who, before, were at odds with us.’ He elaborated that at the same time ‘Zimbabwe will continue to demand the immediate and unconditional removal of the illegal sanctions imposed by some Western countries.’Advertisement

I don’t want in this opinion piece to be entangled in the ongoing debates on whether the elections were free and fair, but I want to critically assess the crisis of Zimbabwe’s decolonisation project now that elections have come and gone as I focus on a future beyond moments of madness. Of course, political elites are always eager for elections because they constitute a pathway to state power. But before a country could deliver credible elections, many moments of madness should be resolved so as to create suitable pre-conditions for free and fair elections.
Peace and tranquillity are of course part of the pre-conditions for free and fair elections. Again, I don’t want to be bogged down by the question of pre-conditions for the 31st July 2013 elections as though they were the be-all and end-all solution to the Zimbabwe question. I want to highly some broader problems and challenges haunting Zimbabwe as it gestures into the future. These include:

Postponement of decolonisation struggle in 1980
The birth of Zimbabwe as a neo-colonial state
Crisis of translating anti-colonial nationalism into national patriotism
Failure to strike a balance between coercion and consent
Foreign interference and the problem of puppetry
Deracialization without decolonisation
Miscognition of the really enemies of Zimbabwe
Crisis of prioritisation of state-building over nation-building
Lack of a clear thought-out ethics of living together
Crisis of blind adherence to the flawed Westphalian template of a tight correspondence between nation in direct contradiction to the realities of multi-culturalism, multi-lingualism, and multiple ethnicities and races
Penchant for fragmenting people of Zimbabwe into veterans and born-frees, patriots and puppets
Crisis of official ethnicisation of identities and politicisation of races
Failure to deal effectively with patriarchy

Speaks to the intractable issue of imagination of a unitary modern nation-state;
It is about how one orders and harmonises the relations between previously contending races and ethnicities;
It involves thinking hard  about the criteria of belonging, citizenship and ethics of living together;
It is about devising acceptable modes of competing for,  accessing and legitimation of power;
It entails thinking hard about how to ensure equitable sharing and ownership of national resources;
It involves processes of making of national constitutions that everyone would respect, own and cherish;
It is about how to empower the ex-colonized peoples as well as taking them forward towards sustainable and inclusive development;
It is also about thinking hard on epistemological direction of the country
It is about well-thought-out identification and articulation of the myth of foundation of the postcolonial nation and formulation of a new inclusive national history.