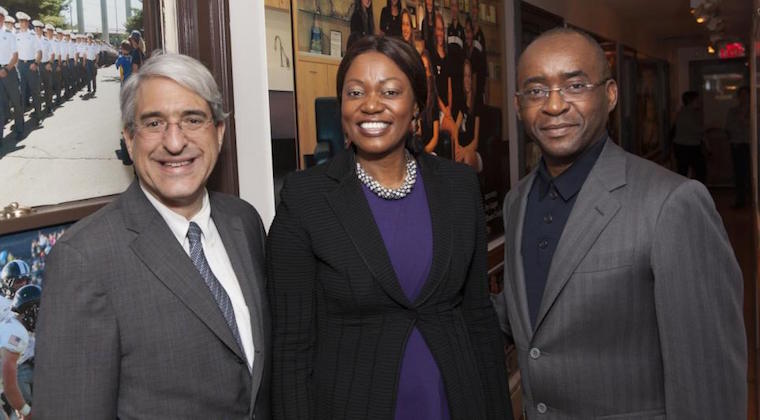 Philanthropist Tsitsi Masiyiwa has come under fire for labelling Zimbabweans as lazy on Twitter.

Masiyiwa, who is wife to telecommunications billionaire Strive Masiyiwa, posted on her micro-blogging account that Zimbabweans are enjoying undeserved labour rights and wasting time watching football while the country is in the economic doldrums.

“Wondering how a nation with GDP per capita of $1 000 for over 37 years, life expectancy 34 years, up to 31 percent children stunted can insist on the right to work 8 hours plus one hour lunch five days a week, rest for two days, watch football for 42 weeks straight. Where is the sense of urgency, desperation?” she said on Sunday.

The Zimbabwe Congress of Trade Union president Peter Mutasa described the comment as capitalistic and worrying coming from someone married to a business mogul with vast interests in Zimbabwe.

“These are issues that we dealt with in the 17th century, everyone agreed that workers should have a balance between work and social life. We can’t reignite debate about slavery in the 21st century,” said Mutasa in a Monday interview.

“She is not advocating that policy for the country but so that they make more money through their businesses. For a business to say that they want people to work 12 hours but insist that they pay people for eight hour work. From experience we know they are not prepared to pay that because most businesses not paying overtime.”

Mutasa said Masiyiwa was out of touch with the realities associated with the country’s distressed economy.

“The issue is about people who are looking for work and can’t find it and the common men who is under-employed. Under capitalization is what is causing the low capacity utilisation. We need to address the political environment and governance issues,” he said.

ZCTU said Masiyiwa’s remarks were misplaced coming ahead of workers’ day celebrations in May. However, the labour body said it is not surprising as Econet Wireless has developed a reputation for flouting labour laws in Zimbabwe.

“We are not surprised by your reasoning. That is why the companies owned by your husband Strive Masiyiwa such as Steward Bank are employing workers as volunteers. Instead of paying them the minimum salaries around $800 they are paid $300 as stipend,” said ZCTU on Twitter.

“They are caused to work from 8am to 10 pm even 12pm and not paid the overtime worked. Again of all banks, it’s Steward bank that dismissed 23 workers on notice and has not paid them even two weeks for every year served minimum. So we talk of lack of corporate ethics first.”

Dionne Sain responded to Masiyiwa’s tweet saying, “I think maam, you may be a tad bit out of touch with Zimbabwe’s realities on the ground. And insinuating that Zimbabweans are lazy, well, that’s just offside.”

“The eight hours you speak of is only on paper. Most people work long hours under terrible conditions and go unpaid for months. Zimbabweans are not lazy, just tired of being systematically exploited by employers and the government,” said Sain.

Zimbabwe has an unemployment rate of over 90 percent and experts have blamed the collapse of the forma sector on corruption and poor policies by the ruling elite.

Peter Munyaradzi Tavaruva said,” Our work ethic is strong. Zim’s working class suffer through poor remuneration, terrible working conditions, no access to their money, inflation and yet they show up to work every day. In working hours won’t help if 90percent of the population is unemployed.”

Other follows simply reminded her of how Econet Wireless is reaping off clients of their data.