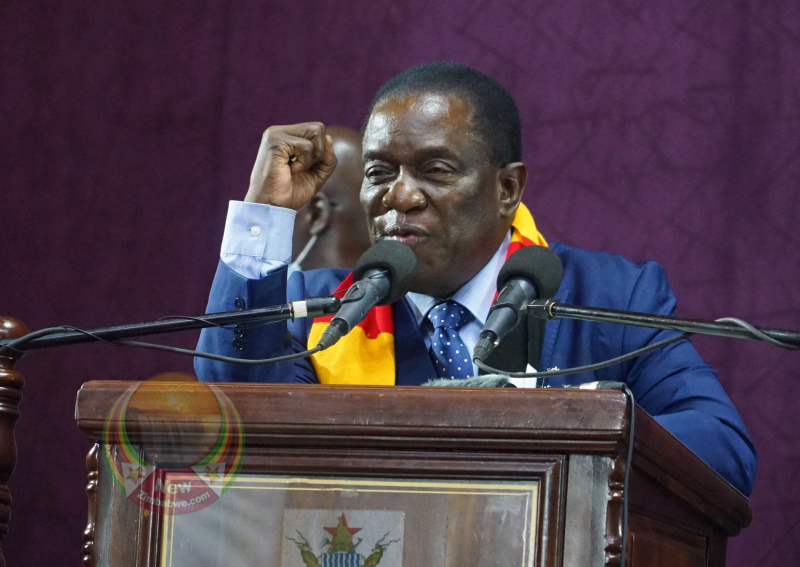 PRESIDENT of the Chiefs’ Council, Fortune Charumbira has pledged unwavering support for President Emmerson Mnangagawa’s bid for reelection in next year’s polls.

Charumbira, who hails from Masvingo and doubles as Pan African Parliament (PAP) president, was speaking on behalf of all traditional leaders —Chiefs and headmen— during the ongoing Zanu PF congress in Harare.

Charumbira, delivering his solidarity speech at the congress, said Mnangagwa was the only party’s candidate with Chiefs’ blessings to contest in 2023 elections.

“We have come here with the other Chiefs. We have come here most importantly to tell you that as Chiefs give us President Mnangagwa next year,” said Charumbira amid ululations and applause from Zanu PF delegates.

“If it means the congress will come to an end now, so be it because that is the biggest word we have come bearing.

“I want to repeat, that the traditional leaders’ candidate going forward is comrade ED Mnangagwa.”

Charumbira’s pronouncement was a clear violation of section 282 the Constitution of Zimbabwe, which clearly outlines that traditional leaders should be non-partisan.

In 2017, Charumbira also openly declared his support for then president Robert Mugabe.

Prior to 2018 elections, Mnangagwa issued vehicles to the country’s chiefs, a clear vote buying gimmick.

The opposition has on numerous times cried foul over the conduct of traditional leaders influencing the electorate in the rural areas, consolidating the hegemony of Zanu PF.

The revolutionary party has managed to maintain a stranglehold in rural constituencies, which have been their bastions of support.

The congress ends Saturday with party resolutions tabled, including Mnangagwa’s 2023 candidature and the announcement of a new Politburo.