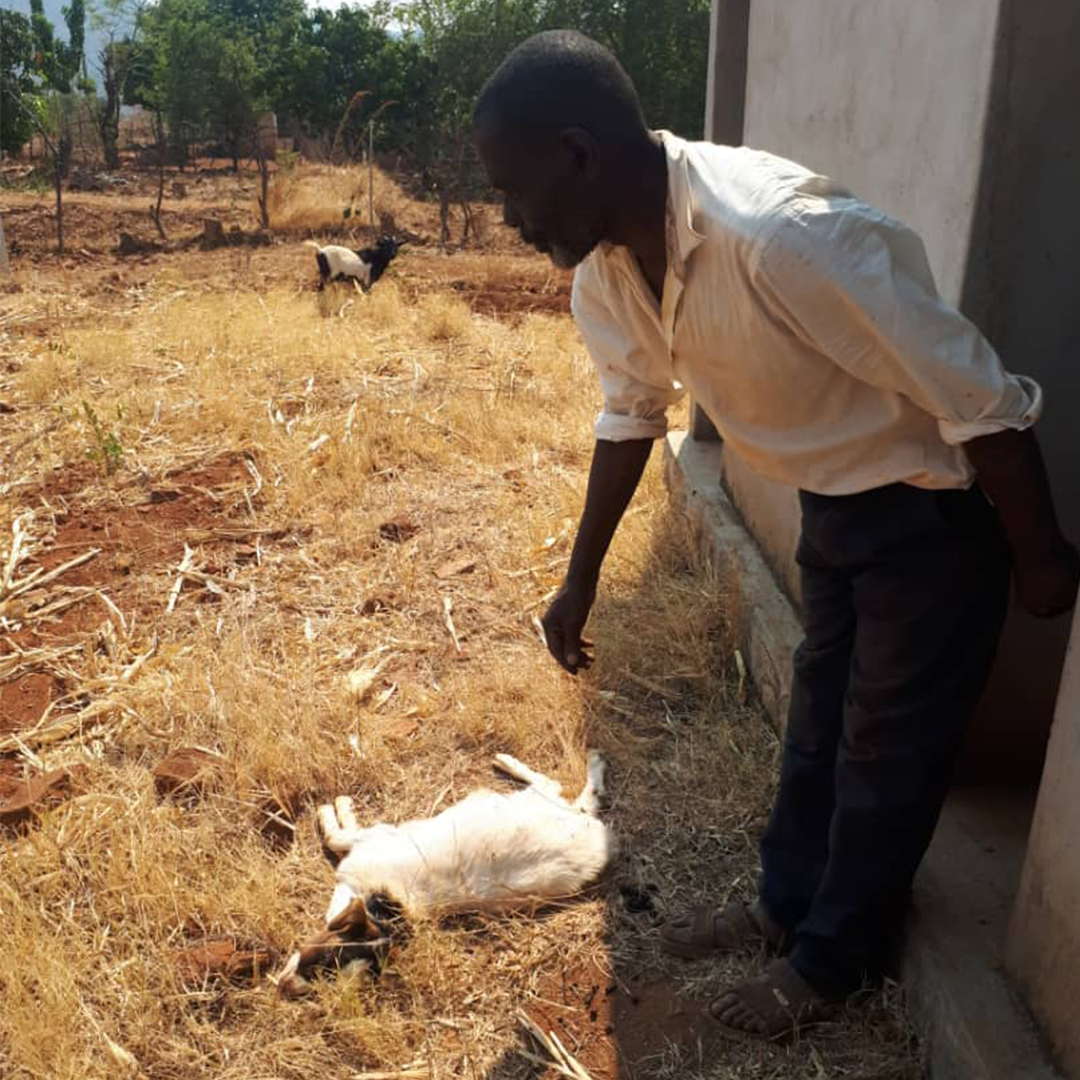 SURVIVORS of the devastating Cyclone Idai in Chimanimani were left in a serious predicament after 200 goats donated to them under the World Bank funded Zimbabwe Idai Recovery project died within a short space of time.

The goats are suspected to have died from a disease which also affected local goat species owned by other villagers not part of the scheme.

A total of 250 households each received three goats from the project’s implementing partner World Vision Zimbabwe.

The goats were sourced by the Food and Agricultural organisation (FAO) under a project called leveraging the economic advancement of the disadvantaged (LEAD) meant to support families affected by the 2019 Cyclone Idai.

Some beneficiaries of the project who spoke to New.Zimbabwe.com said they strongly suspect the animals were not properly inspected and screened before they were distributed in the area.

“I have lost two of the goats which I received from World Vision. The health of some of the goats was questionable right from the word go. We do not even know where these animals were sourced from,” one of the affected villagers said.

Another farmer said he lost three of his high breed goats from a disease which he suspect was transmitted by the donated goats.

“I was not a beneficiary of the project, but three of my goats also died within a few days after my neighbour received the donated goats. The neighbour has also lost two of the goats.  Another neighbour of mine also received the goats but I understand the animals are not in good health,” the farmer said.

The farmer said he is worried that some of the goats might affect his remaining goats.

“Two of the goats which I lost, I bought them in Matabeleland with a view of improving my breed Generally Chimanimani has got very small goats. To me, the death of the goats was a big loss,” he added.

Some villagers also claimed that most of the beneficiaries of the project were Zanu PF supporters.

“I lost my orchard and vegetable garden during cyclone Idai but I did not receive anything. I only knew of the project when others had already been given. It would have been fair if the villagers had been explained on the criteria which was used to allocate the goats,” said another villager.

When reached for comment, a World Vision official Edmore Chikazhe said his organisation was only involved in the distribution of the goats before referred further questions to Jonathan Rusirevi, FAO Zimbabwe Idai Recovery Project (ZIRP) Focal point person for livestock intervention.

Rusirevi then referred all questions to Brain Nhlema FAO’s Head of Irrigation and Tawanda Msomali the project’s veterinary doctor.

“The goats might have died because of stress but we are still carrying out some investigations and we will come up with a report on what happened,” Msomali said.

New Zimbabwe.com had asked the veterinary doctor if there was any postmortem carried out on the carcass of the dead animals.

Msomali could not also reveal the source of the goats.

Nhlema has not yet responded to questions send to him last week.

Repeated efforts to get in touch with him were fruitless as he was not answering calls on his phone.