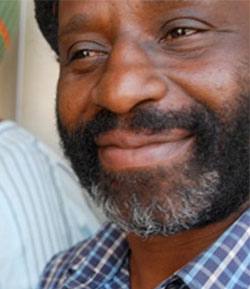 VETERAN bassist and senior member of the reggae outfit Transit Crew, Munyaradzi Nyemba, has died. He was 53.
Nyemba’s younger brother Kudakwashe confirmed Friday, that the popular bassist passed on at his Mount Pleasant home after suffering what they suspect to be a sudden heart attack.
During an interview with NewZimbabwe.com, Kudakwashe said his brother had suffered a mild stroke in September last year.
He was admitted at Parirenyatwa Hospital and had recovered remarkably due to medication.
The family said Friday’s tragedy had therefore left them in “shock and disbelief”.
“Munyaradzi will be missed by everyone in the family,” said Kudakwashe.
“As the only brother, we were looking up to him as our father and we are still shocked and confused over what really happened to him.
“The reggae industry has also been saddened by the passing away of this great artist.
“We are currently trying to make arrangements with other relatives.”
Meanwhile, mourners are gathered at number 6 Granchester Close in Mt Pleasant.
Munyaradzi is survived by wife, Abigail and two children, Teveraishe (23) and Sipho (19).Advertisement