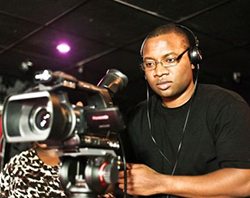 THE glitz of Manchester City centre will witness the premiere of ‘Trapped’ diaspora which chillingly explores the fears and unspoken horrors of migrant families trying to adjust from conservative traditionally cultures values to the liberal life in the first world.
The movie is based on a powerful and intense true story written by Memory Nyahunzwi which aims to raise awareness on the issues confronting abused persons in relationships, and also highlighting the psychological effect on children who witness such violence.
It draws attention to the fact that, children at the centre of domestic violence can later become perpetrators themselves; thus the responsibility to protect them is equally as important as protecting the abused individuals in tackling issues of domestic violence.
Trapped highlights the need for victims not to suffer in silence but seek professional advice and support, drawing attention to the legal, political, social and organisational structures in place to support the victims in abusive relationships.
This is portrayed through the lives of three families, the Kademo’s, the Choto’s and the Dongo’s in a moving and thought provoking script which was given new depth and dimension as the compelling story was developed to become a powerful feature length film.
Trapped is the first instalment of what Memory hopes will be a trilogy of movies that will follow the lives of these three families.
The cast delivered some breath taking performances whilst portraying hardships migrants go through whilst in a foreign country. This is a topical issue that resonates deeply within the African/migrant community.
The film showcases seasoned performances by established award winning actors such as Ashley Majaya – ZIMAA Best Actor 2012 and Nollywood UK, Yvonne Hays – Best Actress BEFTA 2013 as well as guest appearances from Tatenda Precious Dlamini and Tendai Nyikadzino.
The movie also features upcoming talent and new faces in African Cinema namely:  Beauty Mavima, Terry Chasie, Tina Sumila, Peter Marimo Mushonga and Jenipher Msonza.
Significantly too, the movie showcases the creative directorship of Michael Mambo, who until this project has produced and directed many projects including short film series, documentaries, news extracts, music videos and also co-directed movie projects such as Maria’s Vision that premiered in Luton, UK a few weeks ago.Advertisement

The premiere will be held at the Hilton Deansgate Manchester, Deansgate Suite, 303 Deansgate, Manchester M3 4LQ on Saturday 27th of September 2014 from 18:00hrs and hosted by Lewis Jordan Events.
It will be a Black Tie Red Carpet Affair with a champagne reception offering a fantastic opportunity for attendees to make new contacts and develop their network with well over 200 guests from charitable organisations, businesses, public officials and dignitaries.
The movie’s management team is also proud to confirm that opening keynote Speaker Jenni Steele will be in attendance and supporting this auspicious occasion.
Jenni is the National Ambassador for Domestic Violence, UK Top 12 Influential Afro-Caribbean Women 2013, Motivational Speaker, Mentor, and Broadcast Journalist.
In 2014 Jenni became the National Ambassador for Domestic Violence UK.  She launched their 2014 ‘Love Doesn’t Hurt’ Campaign in Westfield London with Strictly Come Dancing stars Janette Manrara & Aljaz Skorjanec and a flash mob of dancers.
She has attended events all over the country raising awareness and funds for victims of domestic violence gaining tremendous support from the UK entertainment industry.
Tickets are available online at http://www.eventbrite.co.uk/e/trapped-movie-world-premiere-screening-tickets-12660685451
Trapped Movie Trailer 2014