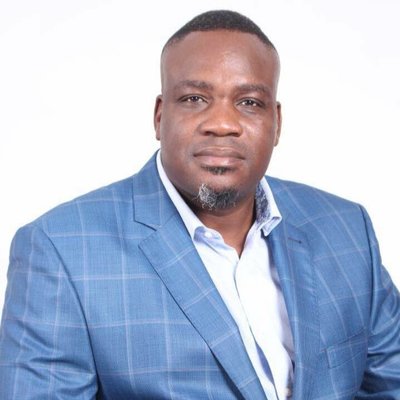 MDC Kuwadzana East MP Charlton Hwende will have to face trial after a Harare Magistrate dismissed his application against arrest and placement on remand.

Hwende is facing charges of trying to subvert President Emmerson Mnangagwa’s government, after he allegedly posted messages on his Twitter account inciting Zimbabweans to demonstrate against rising economic hardships.

Through his lawyer, Harrison Nkomo, Hwende had argued that it’s not a crime to complain.

But Harare magistrate, Learnmore Mapiye ruled that his complains where “triable issues.”

“The State should be given a chance to prove its case. The points the accused is raising are triable issues and there is reasonable suspicion that an offence was committed.

“The application against placement on remand is therefore dismissed,” ruled the magistrate.

While making his application, Hwende disowned his alleged Twitter handle arguing the State has no evidence to prove the account belongs to him.

The MP also argued that the allegations he is facing do not disclose any offence.

“Unconstitutional means, consists of coercion. The State is alleging that that there was a call by the accused person in his capacity as Kuwadzana East MP to completely shut down Zimbabwe by staying at home. On what basis does this become an offence?” Nkomo queried rhetorically.

“What evidence did the State bring to prove the Twitter account belongs to him? The accused will state that it does not belong to him even though what was posted is not criminal.”

Nkomo said Zimbabwe subscribes to a constitutional democracy and that his client “simply exercised his rights as a politician.” He accused the State of being overzealous.

Prosecutor Sebastian Mutizirwa opposed the application arguing that what was allegedly posted was not provided for in the Constitution.

“Everyone in the country witnessed what happened after the message was posted,” he said alluding to the violent protests in January that left at least 17 people dead.

Allegations are that between December 28, and 31, last year Hwende allegedly posted on his Twitter handle messages aimed at inciting people into revolting against the government.

It is alleged that Hwende’s posts encouraged people to engage in mass protests and hooliganism.

The State alleges that Hwende wrote that “2019 should be the year of the final push to a New Zimbabwe. We cannot continue on this trajectory of failure and kwashiorkor of leadership. Enough is enough. In January citizens must organise themselves for a complete shutdown of the country.”

The court heard that between January 14 and 16, 2019 and in response to Hwende’s exhortations, members of the opposition, various trade unionists, pressure groups, youth forums and members of the public engaged in violent protests across the country.

As a result, property was destroyed, lives were lost, several police officers and members of the public were also injured.