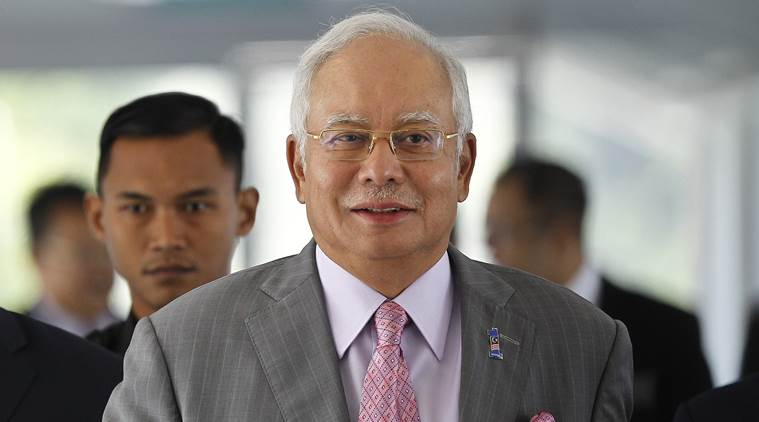 A vast trove of valuables seized in raids on properties linked to Malaysia’s scandal-mired former leader, including cash, jewellery and luxury handbags, are worth up to $273 million, police said Wednesday.

“I think this is the biggest seizure in Malaysian history,” said Amar Singh, the police’s head of commercial crime investigations, after officials completed the mammoth task of valuing all the items they uncovered in raids around Kuala Lumpur last month.

Allegations of massive corruption were a major factor behind last month’s shock election loss of Najib’s long-ruling coalition to a reformist alliance headed by Mahathir Mohamad.

Najib and his cronies were accused of plundering billions of dollars from 1MDB to buy everything from US real estate to artworks. Najib and the fund deny any wrongdoing.

His luxury-loving wife Rosmah Mansor became a lightning rod for public anger due to her vast collection of handbags and jewels, and her reported love of overseas shopping trips.

The mind-boggling collection of luxury items listed by police will increase public anger at the former first couple, whose spendthrift ways came to symbolise the decadence and rot in the Barisan Nasional coalition which ruled the country since independence from Britain in 1957 until its ouster last month.

Anger at allegations of graft swirling around Najib and his inner circle had become particularly acute in recent years, as many middle-class Malaysians increasingly struggled with stagnating wages and living standards.

The items were seized in raids on six premises linked to Najib, including luxury apartments in Kuala Lumpur and his main residence in an upmarket part of the city.

The huge collection of jewellery included 1,400 necklaces, 2,200 rings and 14 tiaras. The most expensive item of jewellery was a necklace, which was estimated to be worth 6.4 million ringgit ($1.5 million), Amar said.

A total of 567 handbags were also seized, including 272 Hermes bags worth 51.3 million ringgit, police said, adding that the value of the other handbags was still being calculated.

A total of 423 watches worth 78 million ringgit were also discovered, along with 234 pairs of sunglasses.

It took officials five weeks, from May 21 to June 25, to count up the items and calculate their value, Amar said.

When items are uncovered in raids, police typically try to put a value on them on site, Amar said. But this was not possible with the Najib-linked searches due to the vast quantity of valuables.

“The next best option is to seal the items, to bring them back to a secure place and ensure that these items are not compromised,” he said.

New Prime Minister Mahathir, who has just started his second stint as premier at the age of 92, has reopened investigations into 1MDB which were shut down by Najib, and has vowed the former leader will be charged.

Since their election loss, Najib and Rosmah have been questioned by anti-graft investigators over allegations that money linked to the state fund ended up in Najib’s bank accounts.

The US Justice Department, which is seeking to recover items allegedly bought with stolen 1MDB cash in America, estimates that $4.5 billion was looted from the fund.