EMELDA Marizanhi, the Chivhu woman who allegedly mercilessly killed her four daughters by slitting throats open and setting the house ablaze, pleaded not guilty to murder.

She is claiming insanity when she committed the crime.

She is she set to appear again in court October 25.

Marizanhi allegedly killed her four children in cold blood following a domestic dispute with her husband.

The children were aged nine, five, three and one. She was arrested the same day in November 2020 after handing herself over to police.

In her defence outline, she contended that she was psychotic, and in an abusive marriage in which her husband was involved in numerous affairs.

The defendant also submitted she was open to public ridicule for bearing female children, and not male heirs to the family, all factors which contributed to the crime.

She made a plea that she be admitted into a psychiatric institution as she was mentally unstable.

“We apply for a special verdict of not guilty on the grounds of insanity, and the accused prays that she be admitted into a psychiatric hospital,” reads the defence outline.

Marizanhi is said to have a mental condition that she inherited from her father’s family. It was her argument that her dad was also a mental patient.

Her husband confirmed the position when asked by the defence in cross examination.

“My father-in-law is very reserved he doesn’t talk much and walks around with a radio.

“I do not find it normal at all, as he cannot converse normally and has questionable drinking tendencies,” he said.

It was argued that she was married a tender age of 15 and was in a abusive marriage with her husband Lameck Brandi.

In her defence, she told the court that her husband was in the habit of having extra marital affairs and that he misused money, which worsened her mental condition.

Brandi confirmed to the court that he had extra-marital relationships, and they were the core reason why they were not in good books with his wife.

“Yes, I was involved with about three women in the course of our marriage namely Millicent, who I met at a bar, Rutendo and one Chelsea Pebethe, who lives a few metres from my shop.

“I was intimately involved with the women, and that did not sit well with my wife,” Brandi said.

It is the state case that Marizanhi had prior intention to commit the offence as she was purported to have had an up to date funeral policy that covered Marazanhi and her daughters without her husbands knowledge.

Several medical reports were admitted as exhibits that proved that Maziranhi was mentally well, which she challenged.

Maziranhi is also said to be a violent character. 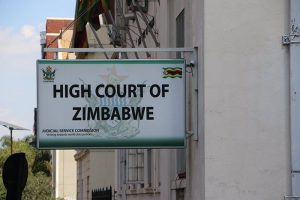 “My wife has violent tendencies evidenced by the numerous injuries she inflicted on my body, she was easily aggravated by the smallest of matters,” lamented her husband in court.

Numerous State witness were present to testify against Maziranhi and were cautioned to be back in court on October 25 for continuation of trial as the surviving daughter cried uncontrollably.