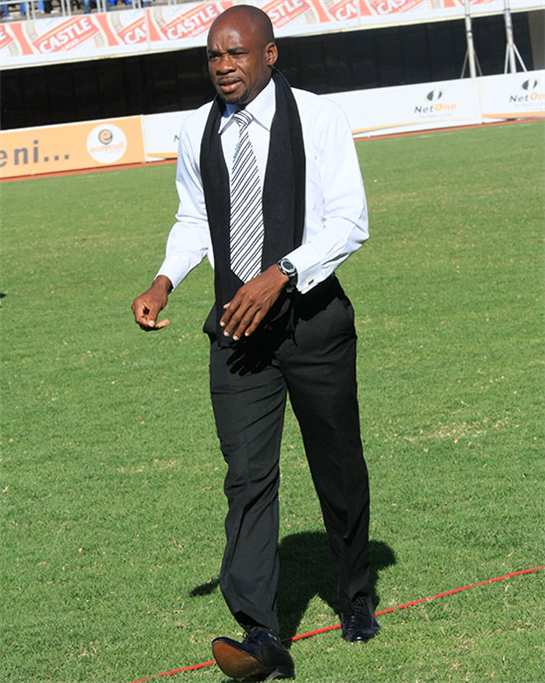 AFTER failing to beat Dynamos for three seasons while at Highlanders, Kelvin Kaindu arrives in the capital on Sunday hoping that luck has flown his way as he seeks to break Triangle’s two match losing streak.
Triangle lost 3-2 to FC Platinum two weeks back and were beaten 1-2 by How Mine last Sunday for their first home defeat, and three losses in a row will be too much to take for the well-financed team from the Lowveld that sits fourth on the table.
From 11 matches, they have won six, lost three and drawn twice to sit on 20 points, three behind leaders Chicken Inn who welcome Buffaloes to Luveve on Saturday.
While at Bosso, Kaindu lost all league and cup matches and eventually quit last year after 3-1 loss to ZPC Kariba at home that ended in violence.
But Dynamos are limping as well.
They were held to a 0-0 draw by Tsholotsho on Monday to heighten calls for coach David Mandigora’s departure, but the club has stood by him.
He has to respond positively by picking up three points at the National Sports Stadium on Sunday or pressure will increase.
In another big match, Highlanders will seek to put their in-house problems behind them when they clash with FC Platinum at Mandava on Saturday.
Highlanders have not lost a league match to Platinum since the Zvishavane side was promoted to the PSL in 2011 and will be looking for some consistency after last week’s 2-0 win over Whawha.
Coach Bongani Mafu saw his charges boycott training on Wednesday after the club failed to pay winning bonuses for three matches due to dwindling home crowds. But they returned on Thursday after funding was secured and now need to pay back.
But Mafu prefers to talk about the match.
“Platinum is a brilliant team, no doubt; the best in Zimbabwe for now so we are going in there for a tough and exciting match but we always carry positiveness and we hope for the better,” Mafu said.