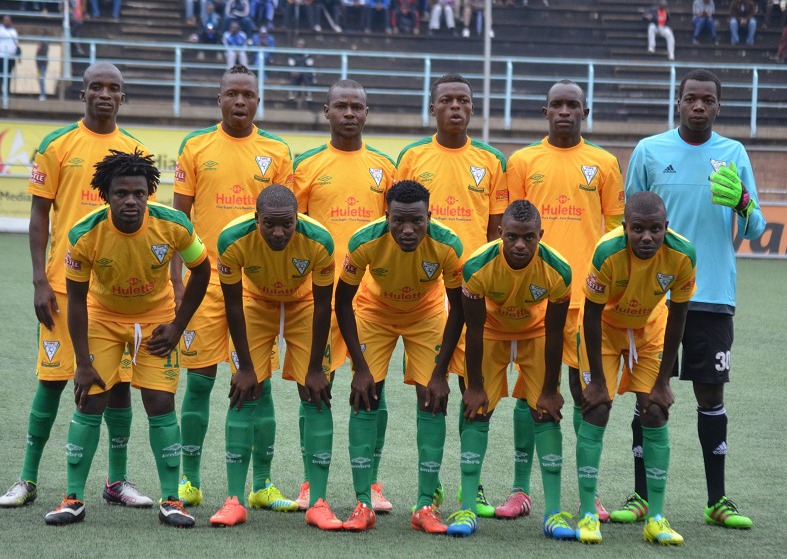 Triangle, who had the added advantage of playing the final in front of their fans, were deserved winners in the end as they sealed their second major silverware since lifting the One Wallet Cup four years ago.

The hosts opened the scoring in the 58th minute through veteran striker Ralph Kawondera before Phineas Bamusi, who put up a man-of-the-match performance put the icing on the cake with the second goal in the 89th minute.

Triangle coach Taurai Mangwiro, who now has two Chibuku Super winner’s medals as a coach following the 2015 triumph with Harare City, was full of praise for his charges after a memorable win.

“It was a good win for us. We played well in the second half after having started the first half on a slow note. My players remained focused and we came into the second half with a right mentality, we scored our goals at the right moments,” Mangwiro said.

His counterpart Mark Harrisonof Harare City was gracious in defeat while also praising his side for a solid season.

The home side started solidly as they kept Harare City on the back foot with Bhamusi superbly denied by goalkeeper Ryan Harrison in the eighth minute.

The visitors however soon found their feet and almost took the lead in the 35th minute through Pritchard Pembele but his shot was saved by Ronald Mudimu.

However, the home side started the second half on a strong and Mangwiro substituted Pasca Manhanga in the 53th for the youthful Anelka Chiwandire who changed the complexion of the match.

In form Russell Madamombe whipped a good cross in the 59th minute which was headed home by Kawondera.

Harare City piled pressure in search for an equaliser but Takudzwa Chimwemwe’s close range shot was saved by Mudimu in the 78th minute.

Bhamusi drilled the final nail in the Harare City when he scored in the 89th minute as Triangle sealed a comfortable victory.