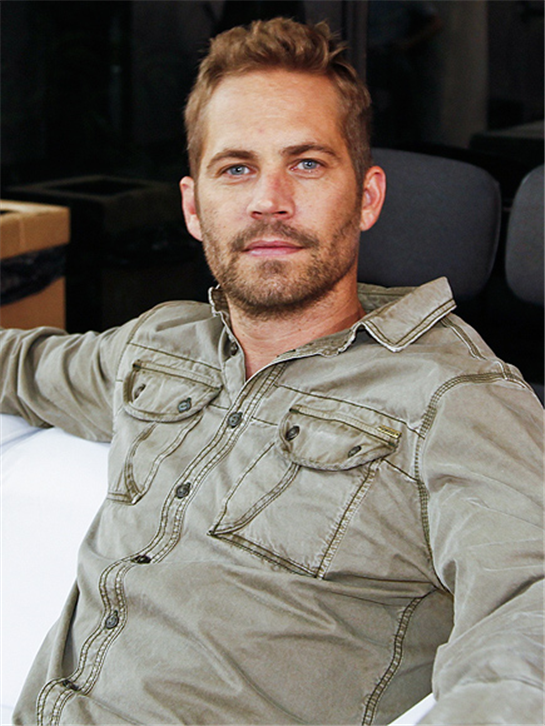 PAUL Walker is not only being remembered onscreen, but in music too: The tribute song for him, “See You Again,” hit the top of the Billboard Hot 100 chart Thursday.
The song from rapper Wiz Khalifa and budding singer Charlie Puth is from the soundtrack for “Furious 7,” the latest instalment in the “Fast & Furious” film series that featured Walker.
Puth, 23, sings the emotional hook on the song.
As he wrote “See You Again,” the singer thought about a friend who died around the same time as Walker. From there, the words came easily.
“It really hit home for me when my friend died in a very similar situation,” Puth said in an interview Wednesday.
“Paul Walker’s incident was devastating, so I thought about Paul and my friend. I sat down at the piano, played those chords and those words just fell out of me.”
It took Puth about 10 minutes to write the hook of the song paying homage to Walker, who was killed in a car crash in 2013.
Puth and Khalifa beat out a number of artists who submitted their lyrics and vocals for a Walker tribute song.
“It just felt right,” Puth said.
“See You Again” already set two Spotify records: It has earned the most streams in a day and week with 4.2 million and 21.9 million listens, respectively.
And on the Billboard Hot 100 chart, it supplanted Bruno Mars and Mark Ronson’s 14-week run at the top spot with “Uptown Funk.”
“I didn’t think it was going to happen,” said Puth. “I’m still surprised because ‘Uptown Funk’ is such a brilliant record … so for our song to take its place, it’s major.”
“See You Again,” which has sold 721,193 digital tracks so far, helped the “Furious 7” soundtrack debut at No. 1 on Billboard’s 200 albums chart this week.
The film has become a box office winner, earning $252 million so far.
Days ago, “Furious 7” star Vin Diesel sang a snippet of the song in memory of Walker at the MTV Movie Awards.
Grammy-nominated Khalifa, whose hits include “Black and Yellow” and “Young, Wild & Free,” said he wanted to celebrate life and family instead of being sad on “See You Again.”
“It’s such a meaningful song, so I tried to put all those things together,” Khalifa said in an interview Wednesday.
“Charlie’s vocals are amazing, so it all came together and made sense.”Advertisement

Puth released his debut single, the Meghan Trainor-featured “Marvin Gaye,” earlier this year.
The New Jersey native, who was once signed to Ellen DeGeneres’ record label, has been busy writing for other acts, including Trey Songz’s latest R&B hit, “Slow Motion.”
Puth said the attention he’s received following the success of “See You Again” has become “surreal.” The singer said he cried after he got the news of the song topping the charts.
“I just walked outside, looked up at the sky and said, ‘Thank you to Paul and my friend,'” Puth said.
“My friend always used to say I would have a No. 1 hit. So right now, I’m just taking it all in.”
Wiz Khalifa – See You Again ft. Charlie Puth