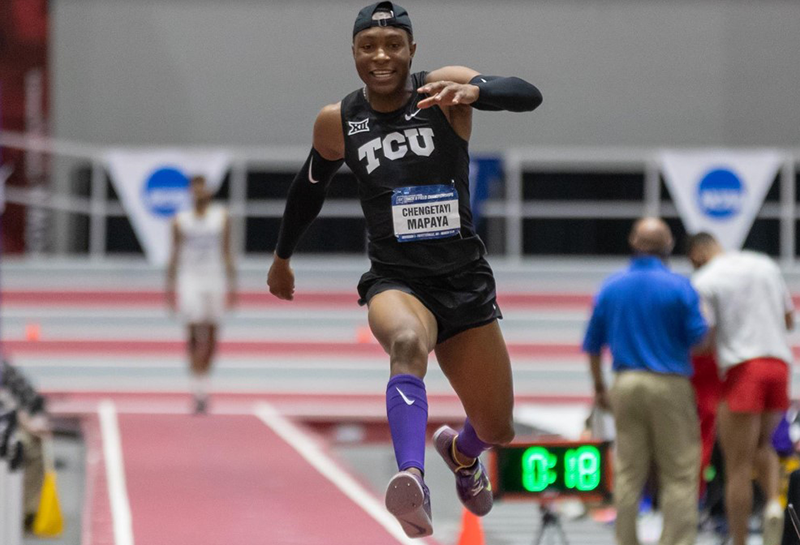 ZIMBABWE’S long wait for a medal at the World Athletics Championships is set to continue after the country’s top triple jumper Chengetayi Mapaya bowed out at this year’s event after he failed to make it past the qualification round in Eugene, Oregon in the United States.

Retired Zimbabwean track and field star Ngonidzashe Makusha, who is now coaching at the University of California, Davis in the US, is the only Zimbabwean to medal at the World Athletics Championships after clinching a bronze medal in the long jump 11 years ago in Daegu, South Korea.

Mapaya was the country’s best hope of securing a medal at the World Championship since 2012 after an impressive season in the US, where he was on a scholarship at Texas Christian University (TCU).

The gifted 23 year-old Zimbabwean track and field star however found the going tough after finishing on position 12 in Group B with a best leap of 15.75m, in the qualification round that took place on Friday morning Zimbabwean time.

He made two foul attempts out of a possible three and his distance of 15.75m was not good enough to progress to the final.

The qualifying performance to the final was 17.05m which Mapaya would have been confident of achieving as he went into the championships with a season’s best jump of 17.26 he achieved last month.

Jean-Marc Pontvianne from France and Will Claye of the United States were fourth and fifth respectively.

Portugal’s Tiago Pereira completed the top six from Group B that advanced to the final.

Mapaya was the last Zimbabwean to compete in Oregon after sprinter Tinotenda Matiyenga and long distance runner Isaac Mpofu.

Matiyenga failed to make it past the heats of the men’s 200m race while came 10th in the men’s marathon in a time of 2 hours 7 minutes 57 seconds.