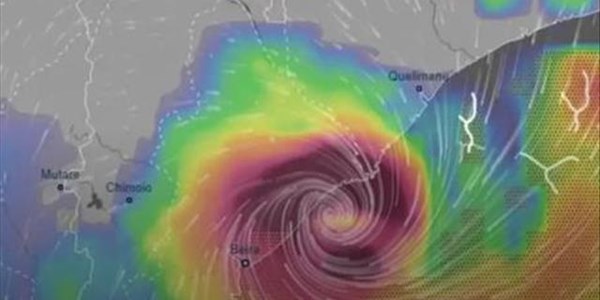 At least 15 people are reported to have been killed in Mozambique and Malawi after the storm swept through the Southern Africa region early this week.

In 2019, Cyclone Idai destroyed Chimanimani, Buhera, and Chipinge districts where it left a trail of destruction with many lives being lost.

However, Manicaland provincial secretary Edgars Seenza confirmed to NewZimbabwe.com in an interview Wednesday that no deaths and injuries had been recorded in the province despite the destruction recorded in some areas.

Seenza is also the chairperson of the Manicaland Civil Protection Unit (CPU).

“We have two students at Nyafaru secondary school who failed to go back home due to the flooded Gairezi river. We do not have any deaths and no injuries as well,” Seenza said, noting that the government had set up 459 evacuation centres in the province for people in need of government assistance.

He highlighted that a number of houses and institutions were partially destroyed by the storm in the eastern province with Nyanga, Chimanimani, and Chipinge districts being the most affected.

In Nyanga, 14 houses collapsed while roofing for four blocks at Nyafuru High School was blown off.

“We have 105 individual residential houses and six institutional whose roofs were blown off or damaged. We have culverts which were damaged only in Buhera.

“We have two bridges that were also damaged in Chipinge and Gairezi river in Nyanga. At least seven roads were also destroyed by the storm.”

Manicaland province has received the highest rainfall in the country with some areas recording above 200mm.