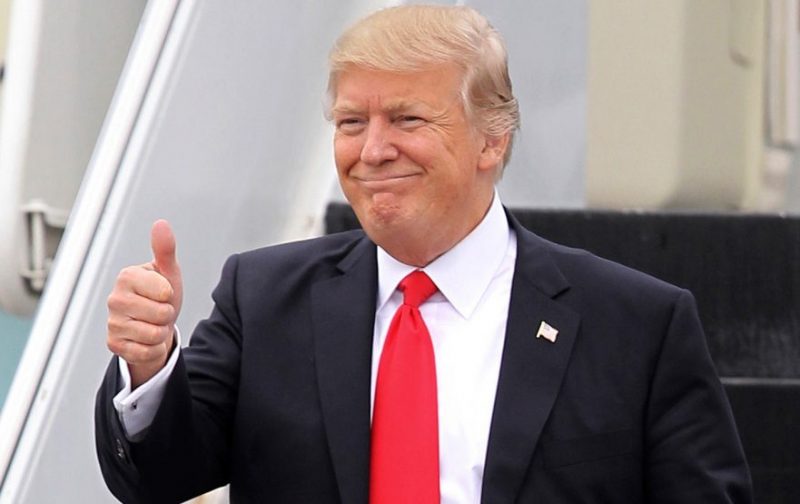 DONALD Trump took in the win at Mar-a-Lago, surrounded by friends and family. His lawyers celebrated with hugs and smiles. One joked, “We’re going to Disney World!”

Now acquitted in his second Senate impeachment trial, Trump is preparing for the next phase of his post-presidency life. Feeling emboldened by the trial’s outcome, he is expected to reemerge from a self-imposed hibernation at his club in Palm Beach, Florida, and is eyeing ways to reassert his power.

But after being barred from Twitter, the former president lacks the social media bullhorn that fueled his political rise. And he’s confronting a Republican Party deeply divided over the legacy of his jarring final days in office, culminating in the Jan. 6 storming of the Capitol. Searing video images of the day played on loop during his impeachment trial, which ended Saturday.

Trump remains popular among the GOP base, but many Republicans in Washington have cooled to him. Never before have so many members of a president’s party — seven GOP senators, in his case — voted for his removal in a Senate trial.

Some may work to counter efforts by Trump to support extreme candidates in next year’s congressional primaries.

Undeterred, friends and allies expect Trump to resume friendly media interviews after weeks of silence. He has met with political aides to discuss efforts to help Republicans try to take control of the House and Senate in the 2022 midterms elections. He remains fixated on exacting revenge on Republicans who supported his impeachment or resisted his efforts to overturn the results of the November election won by Democrat JoeBiden.

“I imagine you’ll probably be hearing a lot more from him in the coming days,” senior adviser Jason Miller said.

In a statement after the vote, Trump offered few clues, but was defiant as he told supporters their movement “has only just begun.”

“In the months ahead I have much to share with you, and I look forward to continuing our incredible journey together to achieve American greatness for all of our people,” he said.

Sen. Lindsey Graham, who spoke with Trump on Saturday night, acknowledged that Trump is “mad at some folks,” but also “ready to move on and rebuild the Republican Party” and “excited about 2022.”

In their conversations, Graham has stressed to Trump, who has threatened to start his own party to punish disloyal Republicans, that the GOP needs him to win.

“My goal is to win in 2022 to stop the most radical agenda I’ve seen coming out of the Democratic presidency of Joe Biden. We can’t do that without Donald Trump, so he’s ready to hit the trail and I’m ready to work with him,” Graham said.

Graham said Senate Republican leader Mitch McConnell, who vote to acquit but then delivered a scalding denunciation of Trump, “got a load off a chest, obviously.” Graham said later in the interview: “If you want to get something off your chest, fine, but I’m into winning.”

At his Palm Beach club on Saturday night, Trump was in a joyous mood as he enjoyed dinner on a patio packed with people. After a mellow last several weeks, one member described a party atmosphere not felt since before the election.

Still, Trump isn’t in the clear yet. No longer protected by a Justice Department opinion against the prosecution of sitting presidents, he now faces multiple, ongoing criminal investigations.

In Georgia, the Fulton County district attorney has opened a criminal investigation into “attempts to influence” the election, including Trump’s call to Secretary of State Brad Raffensperger demanding that the official find enough votes to overturn Biden’s victory.

In New York, Attorney General Letitia James is investigating whether Trump and his company improperly inflated the value of his assets on annual financial statements in order to secure loans and obtain tax benefits. Manhattan District Attorney Cyrus Vance Jr. continues his own investigation, which has included grand jury testimony.

“He didn’t get away with anything — yet,” McConnell, R-Ky., after the vote. “We have a criminal justice system in this country. We have civil litigation. And former presidents are not immune from being accountable by either on.”

McConnell voted to acquit Trump on the grounds the trial was unconstitutional because he is no longer in office, but insisted, “There’s no question — none — that President Trump is practically and morally responsible for provoking the events of the day.”

That sharp rebuke from his once-loyal defender underscores how dramatically Trump’s stock has fallen in Washington since his first impeachment trial just over a year ago. But the desire to be rid of Trump is not shared across the country, where Republicans who have dared to admonish him have faced swift rebuke.

Rep. Liz Cheney, R-Wyo., was forced to defend her third-in-line leadership position after she voted in favor of impeachment. On Saturday, Louisiana’s Republican Party quickly censured Sen. Bill Cassidy, one of the seven Republicans senators who voted for Trump’s conviction.

In an interview Sunday with ABC’s “This Week,” Cassidy seemed at peace with his decision.

But how long Trump retains his grip remains an open question, especially with a slew of likely 2024 candidates now trying to take the mantle.

Some, like Maryland Gov. Larry Hogan, are advocating a clean break from Trump, who ended his presidency with a record low 34% approval rating according to Gallup polling. Others have stressed the need to keep his voters engaged, perhaps with candidates who trumpet the policies Trump championed, but with a less caustic style that might win back suburban voters.

In a sign of his enduring power, the Republican National Committee and other groups spent the trial sending fundraising appeals urging their followers to “Stand with Trump” and “SAVE President Trump’s Legacy,” in the words of the National Republican Congressional Committee.

“Oh, time is going to take care of that some way or another,” said Sen. Chuck Grassley, R-Iowa, told reporters Saturday. “But remember, in order to be a leader you got to have followers. So we’re gonna find out, whoever leads. But everybody’s going to be involved. We’re a big tent.”

While the Senate failed to bar Trump from running again for office, many believe he has done too much damage to be a credible candidate himself in 2024.

Republican Sen. Pat Toomey of Pennsylvania, who is retiring, said Trump’s refusal to accept the results of the election had “very badly damaged his reputation,” eclipsing his accomplishments in office.

“Instead,” Toomey said, “he’ll be remembered throughout history as the president who resorted to non-legal steps to try to hold on to power.”