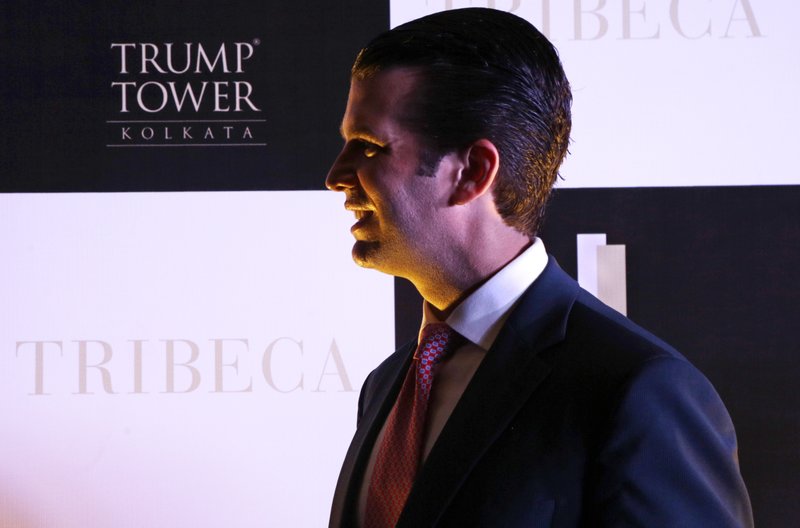 NEW DELHI: Donald Trump Jr. said that any talk of his family profiting from his father’s presidency is “nonsense” during a trip to India that has raised ethical concerns about using the name of the American president to promote international business ventures.

The eldest son of President Donald Trump, who is in India to meet the promoters and buyers of Trump brand luxury homes in the country, said his family is actually missing out on business opportunities because his father pledged to conduct no new foreign business while he was in office.

Trump Jr., who along with his brother Eric now runs the Trump Organization, told Indian television channel CNBC-TV18 on Tuesday that when critics talk about them “profiteering from the presidency and all this nonsense” they forget about “the opportunity cost of the deals that we were not able to do.”

“It’s sort of a shame. Because we put on all these impositions on ourselves and essentially got no credit for actually doing that … for doing the right thing,” he added.

Trump Jr.’s visit prompted one Democratic senator to press the American ambassador to India to explain if the embassy in New Delhi had provided any aid or guidance to the president’s son.

“I expect that the U.S. State Department, including U.S. Embassy Delhi will treat Mr. Trump no differently than it would any other American individual visiting on private business , and will take every effort to avoid any perception of special treatment or a conflict of interest,” Sen. Robert Menendez wrote to U.S. ambassador Kenneth Juster on Wednesday. Menendez is the ranking Democratic on the Senate Foreign Relations Committee. 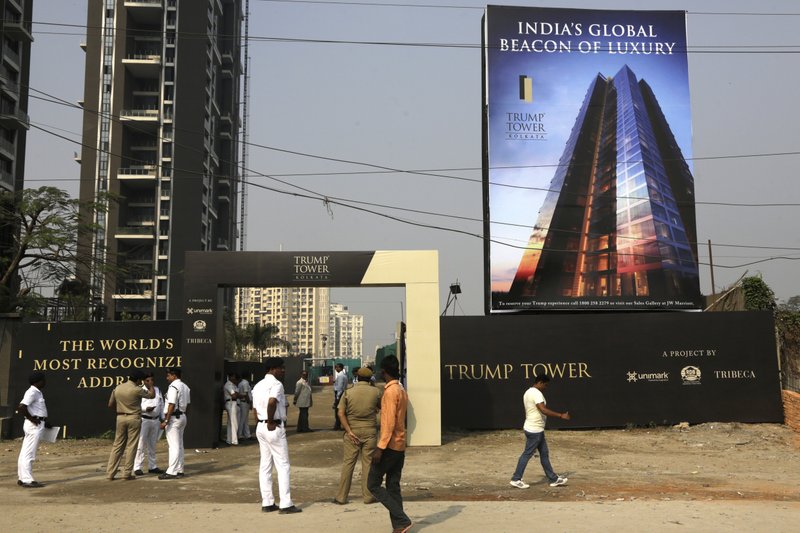 In the letter, Menendez asked Juster if American diplomats in India had briefed Trump Jr. during his visit or provided any support staff. Menendez also asked Juster whether any steps were taken “to make clear to the Indian government and citizens of the country that Mr. Trump in no way speaks on behalf of the United States government.”

Trump Jr. was scheduled to speak about Indo-Pacific relations during a business summit attended by Prime Minister Narenda Modi.

On Tuesday, State Department spokeswoman Heather Nauert said Trump Jr. “was visiting as a private person” and said U.S. diplomats had not “interacted with him regarding his meetings or speech.”

For at least a week before Trump Jr. arrived in India on Tuesday, several major Indian newspapers carried glossy, front-page advertisements boasting, “Trump has arrived. Have you?”

The ads promised that buyers who order apartments in a new Trump-brand luxury real estate development in a suburb of the Indian capital by Thursday will get “a conversation and dinner” with Trump Jr. a day later.

He is expected to visit and promote business in all the Trump-brand projects across four Indian cities. Media access to his events in the country has been limited and only news organizations chosen by his team have had access to him.

The Trump Organization has licensing agreements with all its Indian business partners. They build the properties and acquire the Trump name in exchange for a fee. With five projects in India, the country is the brand’s largest market outside the United States. A luxury complex is already open in the central city of Pune, with other developments in varying stages of construction in the coastal cities of Mumbai and Kolkata, and two in Gurgaon.

All the projects were signed before President Trump took office, but promoting even existing business has raised ethics concerns.

“The president should be putting the public’s interest before his business interests. That can’t happen if his son is flying around the world trying to trade on the fact that his father is sitting in the Oval Office,” said Scott H. Amey, general counsel for the non-partisan Project on Government Oversight in Washington.

Amey added that several foreign deals touted by the president’s two adult sons have “stretched the definition of what ventures were previously in the works.”

Trump Jr. has made several visits to India over the years and has repeatedly talked of great business opportunities in the country.