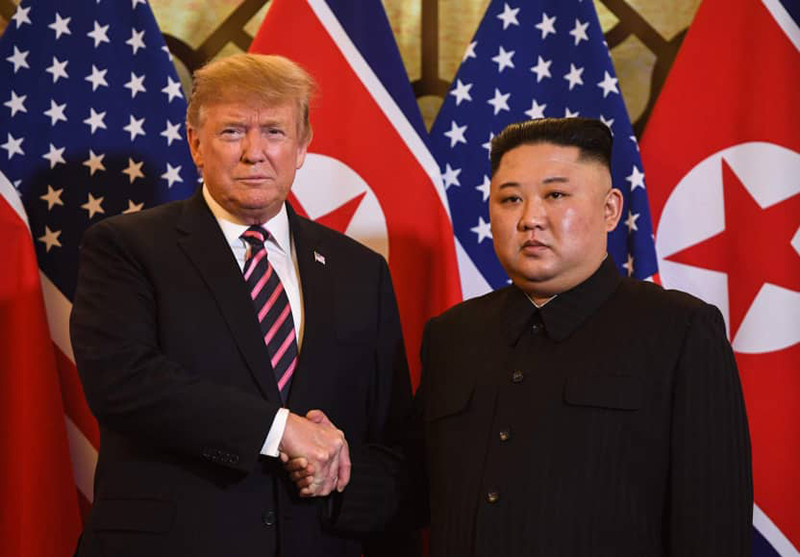 US President Donald Trump and North Korea’s Kim Jong Un abruptly cut short their second summit on Thursday without reaching an agreement, a stunning collapse of talks that caused both leaders to leave their Vietnam meeting early and cancel a planned signing ceremony.

She said their teams looked forward to meeting “in the future”, but offered no specific time frame.

Both leaders motorcades roared away from the downtown Hanoi summit site within minutes of each other after both a lunch and the signing ceremony were scuttled.

Trump’s end-of-summit news conference was moved up and White House aides said he would address the sudden change in plans.

The breakdown came just hours after Trump and Kim appeared to inch toward normalising relations between their still technically-warring nations as the American leader tamped down expectations that their talks would yield an agreement by the reclusive country to take concrete steps toward ending its nuclear program.

In something of a role reversal, Trump deliberately ratcheted down some of the pressure on Pyongyang, abandoning his fiery rhetoric and declaring he was in “no rush. We just want to do the right deal.”

Kim, for his part, when asked whether he was ready to denuclearise, said “If I’m not willing to do that I won’t be here right now”.