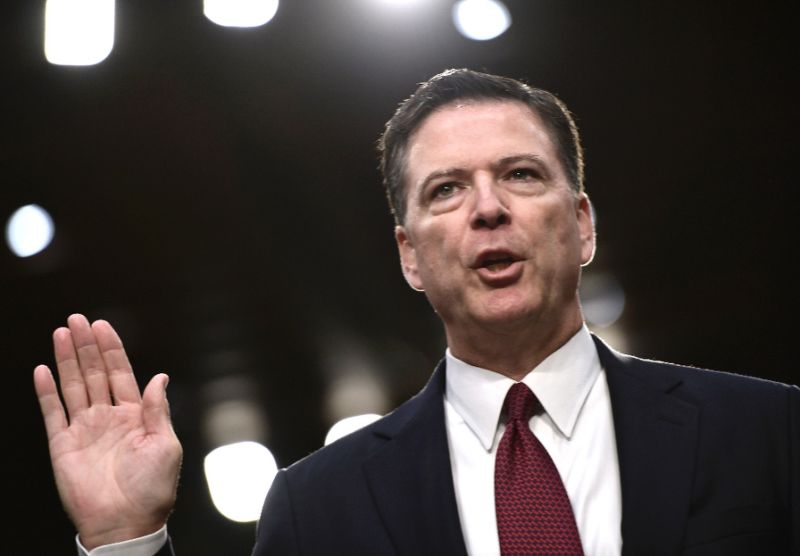 DONALD Trump is “morally unfit” to be president of the United States, former FBI director James Comey told ABC in an interview broadcast on Sunday.

“I don’t buy this stuff about him being mentally incompetent or early stages of dementia,” Comey said of Trump, according to a transcript from ABC.

“Our president must embody respect and adhere to the values that are at the core of this country. The most important being truth. This president is not able to do that,” he said.

Trump fired Comey in May 2017, citing the FBI’s behavior in investigating Democrat Hillary Clinton and its probe into possible Trump campaign collusion with Russia to tilt the 2016 presidential election.

Just 11 days before the election, Comey announced that the FBI would reopen an investigation into Clinton’s possible misuse of a private email server while she was secretary of state — a move she has said played a part in her loss to Trump.

The president lashed out at Comey in a series of tweets earlier Sunday, saying that the email probe was handled “stupidly” and calling Comey a “slime ball.”