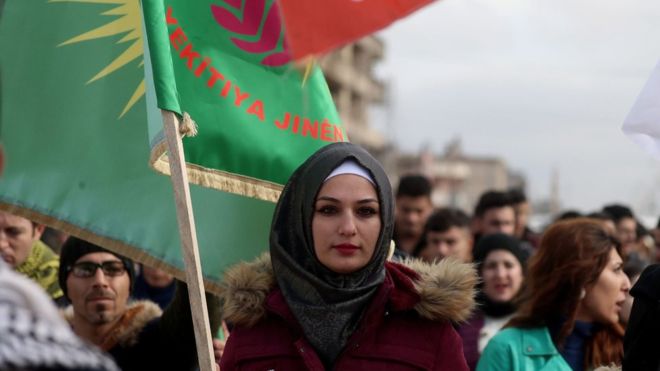 US President Donald Trump has threatened to “devastate Turkey economically” if it attacks Kurdish forces in Syria following a planned pullout of US troops.

In two tweets on Sunday, Mr Trump said that he didn’t want the Kurds to provoke Turkey either.

US forces have fought alongside a Kurdish militia in northern Syria against the Islamic State (IS) group.

Turkey, however, regards the People’s Protection Units (YPG) as terrorists.

President Recep Tayyip Erdogan has spoken angrily about American support for the group and vowed to crush it.

Mr Trump’s comments on Sunday followed further criticism of his abrupt decision to withdraw US forces from Syria.

A senior figure in Saudi Arabia’s royal family, Prince Turki al-Faisal, told the BBC it would have a “negative impact” that would benefit Iran, Russia and Syria’s President Bashar al-Assad.

US Secretary of State Mike Pompeo is currently in the Saudi capital Riyadh as he tours the Middle East to reassure US allies in the region.