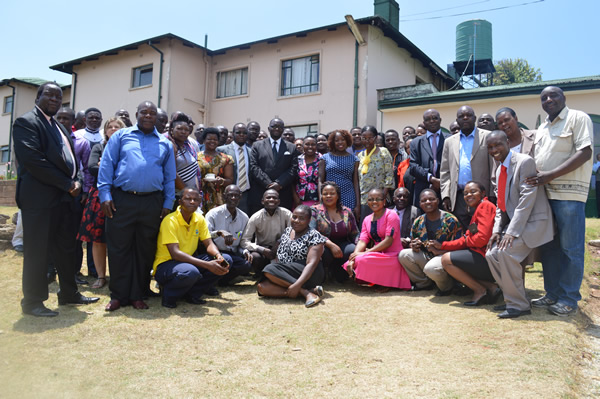 NON-GOVERNMENTAL organisations (NGOs) operating in Masvingo province have told the government their operations are non-partisan and the governing party should not have any misconstrued opinions over their humanitarian work.

These were the sentiments shared by NGOs when they met with the Masvingo Provincial District Coordinator (PDC) Jefta Sakupwanya Tuesday.

In a statement after the meeting, the National Association of Non-Governmental Organisations (NANGO) said they told the PDC they, however, remained the “voice of the voiceless that demands accountability”.

“We will continue to do our watchdog role on government and be the voice of the voiceless that demands accountability,” the NGOs said in their statement.

“Concerns were raised (during the meeting) that government has mistrust and misconceptions with NGOs working in governance areas where issues of human rights, electoral processes, constitutionalism, transparency, and accountability may be misconstrued as dabbling in politics as they do advocacy work in those areas,” NANGO said.

However, the organisations appreciated that the government had afforded them an opportunity for the engagement, and the NGOs assured the PDC they would continue working within the confines of the country’s law.

Sources told NewZimbabwe.com that during the meeting, Sakupwanya emphasised the government had no intention to close down their operations in the province.

The PDC said the government would continue working with all NGOs to uplift the living standards of the people in the province especially vulnerable citizens in rural communities.

Sakupwanya also implored NGOs to work within their approved operations to avoid unnecessary sanctions from the state.

He further urged the NGOs to make regular courtesy calls on the local traditional leadership, including chiefs and the local council authorities before implementing their projects in rural communities.

The PDC also demanded that all programmes carried out by the NGOs should dovetail with the government’s Vision 2030.