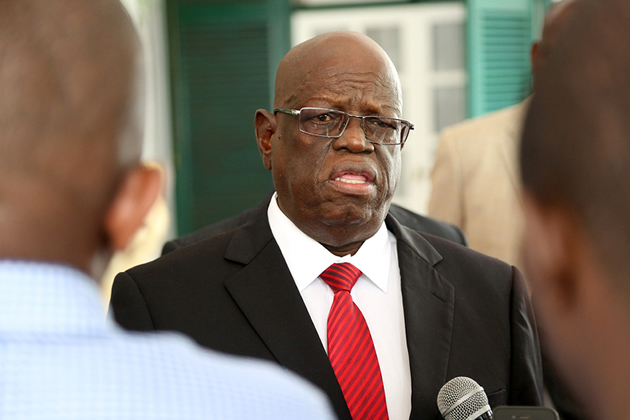 LONG-TIME Highlanders benefactor, Tshinga Dube’s first love with the football giants was back in the 1960s when he and other young boys at the time were tasked by the club’s managers to guard the stadium on the eve of matches in case the opponent sneaked in, in the dead of night to cast a spell over the team.

This has been revealed by the Zanu PF politician in his just released biography – Quiet Flows The Zambezi.

In the book, the retired Zimbabwe National Army colonel goes down memory lane, revealing his love for the country’s oldest football team.

“As a young boy, I was always a great supporter of our Bulawayo soccer team, Highlanders Football Club,” he says.

“We loved our team as much as we loved ourselves.

“Sometimes we would get into serious trouble at home because we sometimes were given duties to look after the soccer pitch by elders such as Jonathan Mhlanga, Tafi Zibuya Moyo, among others.

“We went home in the middle of the night after guarding the soccer pitch to see that no evil spirits were brought to the ground before our team played the following day.

“People then strongly believed that winning was not only achieved by training your team well, but some juju or charms played an equally big role,” says Dube, who once played football and boxing in Bulawayo’s Mzilikazi high density suburb and Solusi university during his youthful years.

Years after his boyhood links with Highlanders, Dube has risen to become one of the club’s most sincere benefactors.

Dube has assisted the club countless times in the past.

He also helped negotiate a deal that brought Dutch coach Erol Akbay to the Bulawayo giants in 2016.

He has donated a bus, cars, beasts and money to the passionately supported football team and has helped settle debts while also funding a beerhall project for the club.