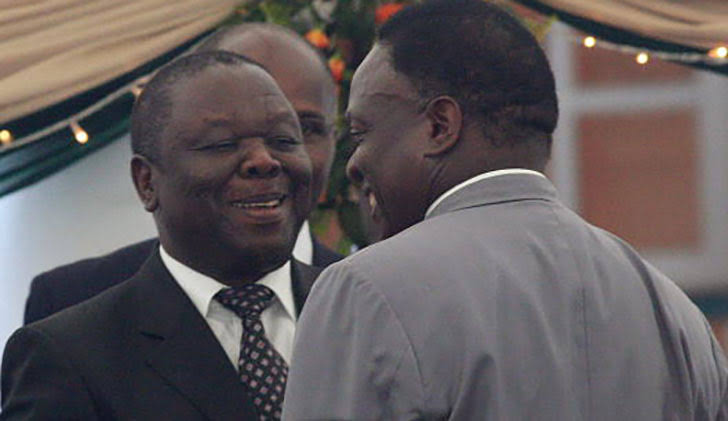 ZIMBABWE could be better off economically if President Emmerson Mnangagwa had roped opposition leader Morgan Tsvangirai into an inclusive transitional arrangement soon after the November 2017 coup.

These were sentiments expressed by Zanu PF Politburo member and former minister Tshinga Dube in his recent autobiography ‘Quiet Flows the Zambezi’.

The explosive book, published by historian Phathisa Nyathi, chronicles Dube’s role in the liberation struggle and also gives his detailed opinion on former President Robert Mugabe and his “crude and vulgar” wife, Grace.

“…If the MDC Alliance was brought closer when the new dispensation was ushered, we would today be in a different situation,” said the former Makokoba legislator.

“We would have emerged out of the woods and exited a life of perennial doom and gloom.

“The lost opportunity has cost us immensely. We have without doubt retrogressed.”

When the military elbowed Mugabe out, the MDC, under Tsvangirai rallied support behind the move and convinced the world the late dictator’s ouster was a highly popular decision as well as a step towards elusive national unity.

Mnangagwa was soon to receive overwhelming goodwill from a world that had become fed up with Mugabe’s divisive and economically destructive politics.

But his bid to grab everything while leaving out the main opposition MDC that helped him camouflage to the world, what had all the hallmarks of a coup, has backfired as all those who expressed willingness to help the country emerge from its crisis have stepped back.

Mnangagwa’s government has been left to rely on taxation, among other punitive measures, to try and pull the country out of the woods.

The outspoken former army Colonel also blamed decisions taken by government, among them the killing of civilians during post-election violence as well as the firing of health personnel for embarking on strikes.

“Some decisions that we took were not in the interest of the country. Firing nurses and threatening doctors are two cases in point.

“Then came the incident on 1 August 2018…the response, an unfortunate one, was to use live bullets resulting in casualties.

“That could have been avoided. Surely similar things do happen in other countries but the way they respond is different from our own which is now costing us in terms of perceptions of our country and whether really there has been a break with the past.

“What, if I may ask, is new about the dispensation?”