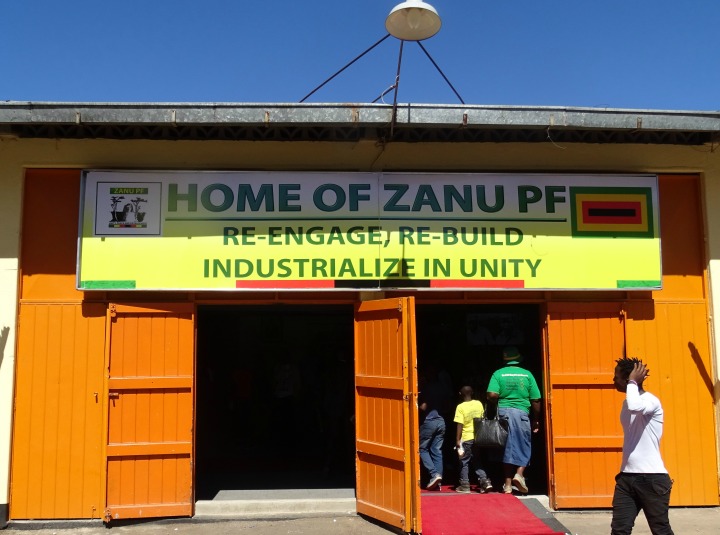 Zimbabwe International Trade Fair’s Hall Five resembled Zanu PF headquarters during the duration of the fair which ended at the weekend as the venue was mainly showcasing the ruling party’s activities.

“We have been busy since Tuesday issuing membership cards to people. A lot of people have also been coming to buy regalia. This year’s trade fair has been a good campaign platform considering that we are going towards elections,” said a party official who refused to be named.

“Home of Zanu PF, Re –Engage, Re-Build, Industrialise in Unity,” these are the words boldly written on the hall’s entrance advertising the party’s work.

Zanu PF started showcasing at the country’s trade flagship in 2015.

Writing on his Facebook wall, former Education minister David Coltart criticised the organisers of the event for allowing political parties to exhibit at the trade extravaganza.

“Of course this is a trade fair but we also allow other organisations including political parties to exhibit,” she said when asked to comment by New Zimbabwe.

The fair was officially opened by President Emmerson Mnangagwa on Friday.