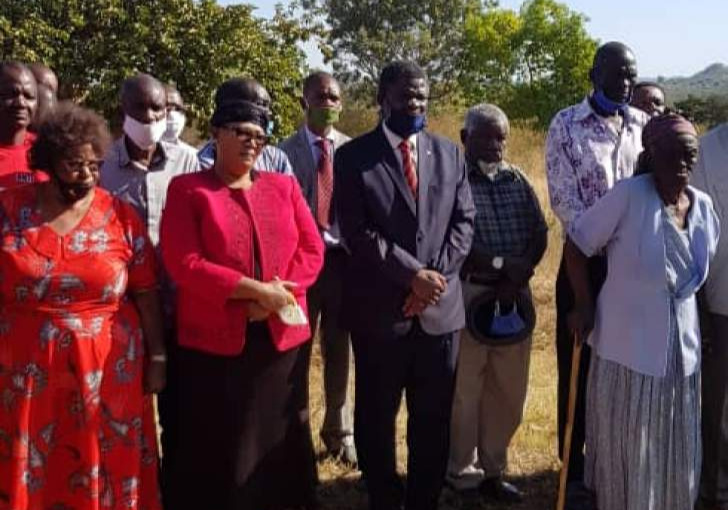 Outspoken political commentator and Chamisa follower Pedzisayi Ruhanya set the cat among the pigeons through claims the visit was an attempt by rivals to bewitch the embattled politician.

In a tweet, Ruhanya claimed a sangoma by the name Dzvotsvo Mwendamberi based in Harare’s Mufakose suburb abandoned the trip at the last minute over payment disagreements after being hired by Khupe and allies to lead the rituals.

Said Mwonzora, “That is false, bizarre and malice and we challenge him to produce evidence.

“Tsvangirai is national hero, and anybody is free to visit his homestead and grave site.”

Mwonzora said the controversial visit was meant to apologise to Gogo Tsvangirai (Tsvangirai’s mother) for “many things that went wrong during Tsvangirai’s illness and subsequent death and funeral”.

He said it was also meant to give her food and other essential items bought by the leadership to appreciate her.

“We have different beliefs but as for me, I don’t personally believe in n’anga issues. Yesterday, we, as MDC-T party leadership visited Gogo Tsvangirai,” Mwonzora said.

“Remember there were people who had not visited the grave site like Dr Thokozani Khupe.

“They took this opportunity to lay flowers on the grave. There was nothing of that sort as no rituals took place and the n’anga issues being talked about.”

Mwonzora said Tsvangirai’s family suffered ill-treatment at the hands of some rowdy MDC Alliance youths who included the vanguard during the funeral.

He added, “The purpose of the visit was two fold; it was for us an institution and as a representative of the top leaders of the party to apologise to Gogo Tsvangirai for the extreme indignity and humiliation she was subjected to during her son’s funeral.

“As you are aware, she was likened to a monkey. Her son, Collins was manhandled and after the funeral, the community collected more than three buckets of used condoms.

“It was to deliver an institutional apology and this is because immediate leaders who were there after Tsvangirai died did not do that.”

Mwonzora added, “The second was to deliver a few things for her.

“She said she felt respected and appreciated now that there has been an apology. She said she was happy with the visit and encouraged us to continue visiting her.”

In a video posted on social media earlier, the MDC-T officials hold hands in prayer with Khupe beseeching the late Tsvangirai to guide the party through its current struggles that have torn it apart.

“We are here today to ask from you our spiritual leader and founder father of MDC that we commit ourselves to be united from today onwards and make sure that our people get better lives.

“We want our party to be progressive without any fights or disagreements in future. May you please open doors for us.

“We also commit as MDC-T leadership to always take care of Gogo Tsvangirai and the whole family,” Khupe says in prayer.

Also present were Tsvangirai’s younger brothers, Collins and Manase but the late opposition leader’s MP son, Vincent was not there.

Tsvangirai died in South Africa on 14 February, 2018 after losing a battle with colon cancer.