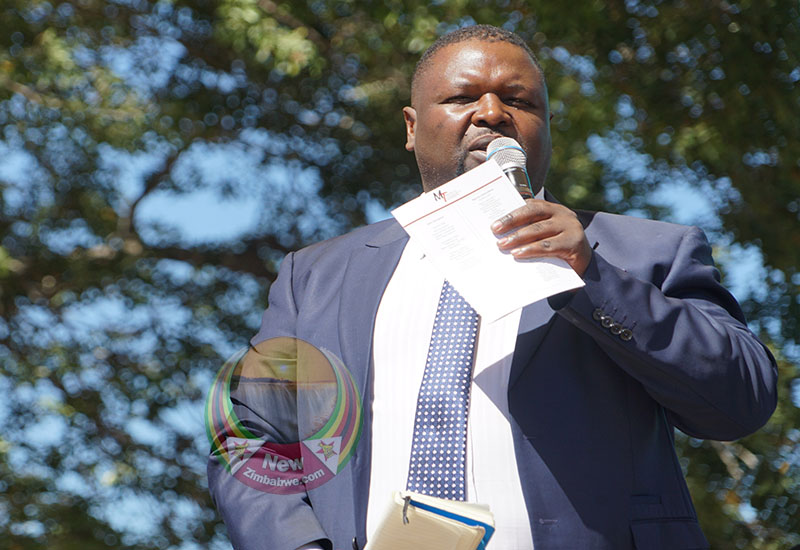 MDC supporters on Saturday heckled late party President Morgan Tsvangirai’s son, Edwin off the stage after during an address in which he tried to thank President Emmerson Mnangagwa for the latter’s material support towards the ex-Prime Minister’s memorial.

“I would like to thank the government and President for their assistance,” he said.

Other MDC supporters were annoyed by Edwin’s reference to Mnangagwa as “President”.

“He should not address him as the President because he is not the legitimate country’s leader,” said one member.

Another party supporter felt Edwin, who a largely invisible figure during his late father’s painstaking struggles with a brutal Zanu PF regime.

“He does not know what the party went through because he has never been part of us,” she said.

“He should not have made that reckless speech.”

Despite the outcry, Edwin remained adamant stating that where something good has been done, gratitude should be expressed.

“When a good deed is done, we should be thankful. You had meals provided by the government. That’s something to be grateful for,” he told the fuming crowd after Mnangagwa had donated food to feed 5 000 people to Tsvangirai’s memorial.

In his keynote address, leader Nelson Chamisa tried to calm tempers, reiterating Edwin’s comments that what was good must be thanked.

“Mnangagwa is my opponent but I acknowledge when something good is done. The police were sent here by the government to maintain peace and order. That’s a good thing; we must be grateful,” he said.

Over a hundred security forces were deployed to maintain order. They were uncharacteristically courteous to the MDC crowd and at some point, formed a human aisle for Chamisa to leave the stage for his car.