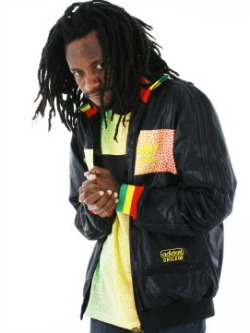 THE heavy presence of the military on Harare streets and surrounding areas over the weekend affected Oliver Mtukudzi and dancehall king Winky D’s Norton show.
The military, who appeared to have taken over power from President Robert Mugabe last week, have mounted roadblocks on all main roads linking the capital with other towns.
Army personnel search every vehicle coming into and leaving the capital. Motorists and travellers are also asked to produce their national identity documents for them to pass through the roadblocks.
Few incidences of harassment of civilians at these military controlled roadblocks have, however, been reported.
The Tuku/Winky D show which was held at Pakare Paye Arts Centre on Friday night suffered a low turnout in a development blamed on the military presence on the roads.
“I came from Harare no knowing that the Army are manning some roadblocks and I was surprised and shocked to see them near Family 24 just after Kuwadzana extension.
“They asked me to open my car doors and they searched everywhere before asking me my destination and why I was going there,” said a Harare based reveller who meet with NewZimbabwe.com at the Tuku show.
“I am not staying any long here because, if I get at the roadblock very late, you never know with these soldiers.
“They might take you to task for travelling late at night,” said another Harare socialite who had also travelled to Norton for the gig.
The show went on well despite the low turnout with Tuku and the Ninja President (Winky D) staging memorable and impressive performances.
Mtukudzi was the first to perform, taking to the stage at 23:30hrs and entertained the fans for his traditional and continuous two hours.
During the show Tuku took his music lovers down the memory lane as he played his old song Zvikomana zvemazuva ano, Kuonererwa from the album Svovi yangu which he produced in the mid 1990s.
The Ninja President ignited the show after Tuku had retired with his dance hall tunes.
NewZimbabwe.com could however, not get the chance to talk to the two musicians to establish the magnitude of their “loss” as a result of the tense political situation which coincided with their show.Advertisement