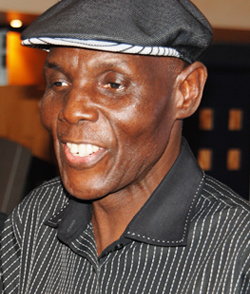 OLIVER Mtukudzi’s Greatest Hits Show, which was set for independence eve has been moved to next Friday, April 25, to avoid a clash with the Independence Gala set for the same time.
Tuku’s show was set to take place at the Harare International Conference Centre while the Independence Gala will take place at Borrowdale Racecourse.
“We agreed that it was not a good idea to hold the show at the same time as a national event,” said a statement from the Tuku Music publicity team.
The Greatest hits show is being organised in conjunction with Impala Car Hire, Zimbo Jam and ZiFM Stereo who are also running various competitions to enable members of the public to win tickets to the show, holidays to Kariba and Nyanga, visits to Tuku’s Pakare Paye Arts Centre and other prizes.
Tuku and the Black Spirits will only perform songs that are selected by fans during the Greatest Hits Show. Fans can select songs via the Zimbo Jam website and through the ZiFM WhatsApp number (+263772168044).Advertisement