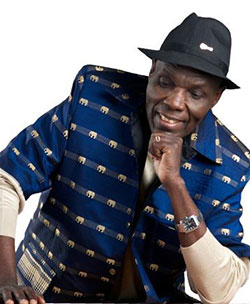 THE Oliver Mtukudzi tribute concert scheduled for the UK this weekend has been postponed to next year, organisers confirmed Thursday.
Scheduled for Leicester on Saturday, the concert was aimed at paying tribute to “Zimbabwe’s most recognisable humanitarian musician”.
But organisers said, due to technical challenges, they have now postponed the event to July next year.
“Y2K Entertainment hereby regret that the long awaited Tuku Tribute Concert has been postponed to 04/07/15 due to delays in VISA processing in Pretoria, South Africa,” the organisers said in a statement Thursday.
“(We) have not been given reasons for (the delay) up to the time of travel. It is unfortunate as all necessary arrangements were done well on time.
“For those who have purchased advance tickets and in need of refunds please contact Y2K official ticketing agents as well as ticketweb and alternatively you can still use same tickets in July 2015.”
Supporting acts for the concert included some of Zimbabwe’s leading emerging musicians, among them Ammara Brown, Clare Nyakujara, Tariro NeGitare, Jean Masters, Spiderman & Ras Pompy, Cynthia Mare as well as Ba Shupi.
Y2K said all of the young artists would be retained for rescheduled concert.
“We would like to reassure fans that the Tuku Tribute Concert will keep all artists and venue and even a surprise acts for the same advance price.
“Now that the concert has been rescheduled to summer we will start much earlier on the day. We will continue to sell tickets as normal.”Advertisement