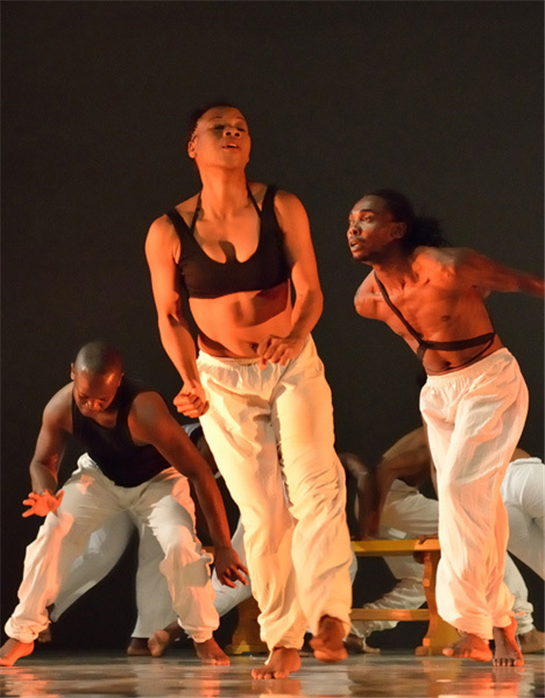 HARARE based dance company, Tumbuka, will stage a production that grapples with the Zimbabwean psyche through a vigorous vocabulary of contemporary dance at South Africa’s National Arts Festival in July.
Saying a resolute no to xenophobia by their very presence at the Festival, Tumbuka will be staging a production that explores the Zimbabwean self, focusing on the masculine presence, through dance, movement and space.
Portrait of Myself as My Father was co-created by New York-based Zimbabwean performer and choreographer Nora Chipaumire in 2014 when she visited Zimbabwe as part of a research tour of four African cities supported by the New York Live Arts Suitcase Fund.
Since the company’s inception in the early 1990s under the dynamic leadership of British choreographer Neville Campbell, Tumbuka have been making bold statements.
Narrated through a uniquely Zimbabwean movement vocabulary they have tackled social issues ranging from the AIDS struggle, to Rwandan genocide, to first-hand accounts of the dire economic situation in Zimbabwe.
“With contemporary dance you can talk about anything in life,” says Tumbuka dancer Mathias Julius. “Any issue that we need to talk about, we do.”
kuTumbuka is a Shona word meaning ‘to flower or bloom’ and this is a company that lives up to its name. Tumbuka rose to international acclaim in the 1990s, touring extensively throughout Africa and Europe.
But the company almost collapsed in the early 2000s, with the withdrawal of donor funding and many of the country’s leading dancers leaving for elsewhere.
They return to the National Arts Festival with fresh energy following a winning performance of Portrait of Myself as My Father at the Johannesburg Dance Umbrella in February.
Chipaumire spent two months in the studio with the Tumbuka dancers in a research process that explored Zimbabwean movement and identity, the culmination of which is a 50-minute work for 10 dancers and three musicians says Tumbuka Dance Company spokesperson Anna Morris.
“She donated her work to the Tumbuka repertoire in an effort to help us emerge from a decade of difficulty and re-establish our identity as a premier African contemporary dance company.”
In Portrait of Myself as My Father, Chipaumire “celebrates masculinity, male presence and representation, the black African body and performance”.Advertisement

Breaking through the current fearful climate of xenophobia to bring Grahamstown audiences the best of contemporary Zimbabwean expression, Tumbuka’s performances at the 2015 National Arts Festival promises to impress.
Tumbuka will perform Portrait of Myself as My Father on Wednesday, 3 and Thursday, 4 July.