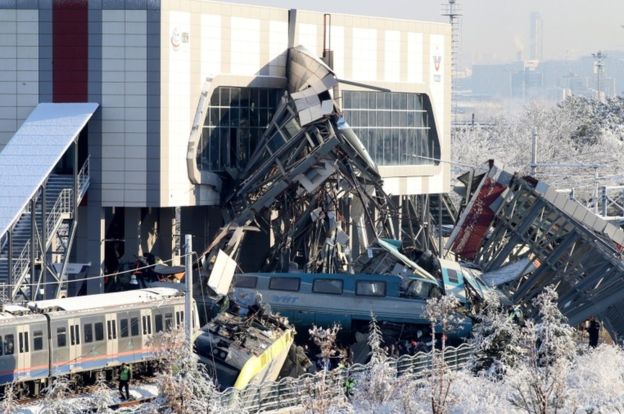 A crash involving a high-speed train at a station in the Turkish capital Ankara has killed at least seven people and injured more than 40, local media report.

Reports citing local officials said the high-speed train had collided with another train, then into an overpass.

The train was travelling from Ankara to the city of Konya in western Turkey.

The crash happened at the Marsandiz railway station, around 8km (5 miles) from Ankara’s main station.

A large number of emergency workers arrived at the scene shortly after the collision, which occurred in snowy conditions. Search and rescue efforts are under way.

In July, 24 people were killed in Turkey when a train travelling from the north-western town of Kapikuleen en route to Istanbul derailed.