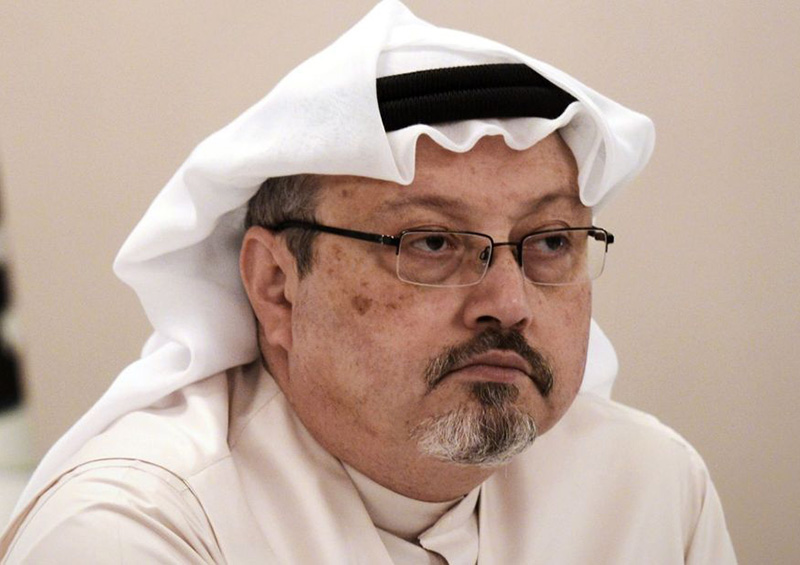 Turkey on Friday said it wanted 18 Saudis extradited over the murder of journalist Jamal Khashoggi, as President Recep Tayyip Erdogan said Ankara still had more evidence to reveal in the case.

The announcement came a day after the Saudi prosecutor said that based on evidence supplied by Turkey the murder appeared to have been premeditated — the first time Saudi authorities had made such an admission.

In a speech in Ankara, Erdogan said Saudi Arabia’s chief prosecutor would visit Istanbul on Sunday to speak to Turkish authorities as part of the investigation.

Saudi authorities earlier arrested 18 men wanted by Ankara following an international furore over the death of Khashoggi, a Washington Post contributor and critic of Saudi policies, who was killed at the Saudi consulate in Istanbul on October 2.

The killing has tainted the image of Crown Prince Mohammed bin Salman, who has positioned himself as a Saudi reformer, and tested ties between Washington and Riyadh as Western powers demand answers over Khashoggi’s death.

A written request for the extradition of the 18 suspects had been prepared by Istanbul’s chief prosecutor.

“It is clear that the judicial system in Turkey is better equipped to genuinely serve the cause of justice in this case,” a senior Turkish official said.

Jamal Khashoggi was killed after entering the Saudi consulate in Istanbul

Erdogan on Friday called on Riyadh to reveal who ordered the killing and the whereabouts of Khashoggi’s body.

“You need to show this body,” Erdogan said.

The Turkish president, who has stopped short of directly blaming the Saudi government, said that the 18 suspects must know who killed Khashoggi and repeated his call for the men to be tried in Turkey.

“The culprit is among them. If that is not the case, then who is the local conspirator? You have to tell,” he said.

“Unless you tell, Saudi Arabia will not be free from this suspicion.”

Khashoggi, 59, who had lived in self-imposed exile in the United States since 2017, was not seen again after entering the consulate to obtain paperwork for his marriage to his Turkish fiancee Hatice Cengiz.

A tearful Cengiz said in a TV interview on Friday that she never would have let Khashoggi enter the consulate if she had thought that “Saudi Arabia authorities would hatch a plot” to kill him.

“I demand that all those involved in this savagery from the highest to the lowest levels are punished and brought to justice,” Cengiz told the Haberturk television station.

She said she had not been contacted by Saudi officials and that she was unlikely to go to Saudi Arabia for a possible funeral if Khashoggi’s missing body is found.

Saudi Arabia has sought to draw a line under the crisis with the investigation, but a string of gruesome details about the murder have continued to appear in the Turkish media.

In his speech, Erdogan indicated that more evidence was yet to be revealed.

“It is not that we don’t have any other information or documents. We do. Tomorrow is another day,” he said.

Riyadh’s admission that the murder appeared to be a premeditated killing marked the latest twist in the shifting official narrative from Saudi authorities.

They had first insisted Khashoggi left the consulate unharmed, then said he was killed in an argument that degenerated into a brawl.

In his speech, Erdogan mocked the initial story of Khashoggi’s disappearance as “childish” and “far from state seriousness”.

And the explanations have met with growing incredulity from Western governments who say many questions remain.

German Chancellor Angela Merkel vowed on Friday that Berlin would not export arms to Saudi Arabia until the murder is clarified, a stance French President Emmanuel Macron dubbed “pure demagoguery” as it “has nothing to do with Mr Khashoggi”.

Austrian Foreign Minister Karin Kneissl, in an interview with a German newspaper Friday, backed the call for an EU embargo on weapons deliveries to Saudi Arabia.

“Above all the awful war in Yemen and the Qatar crisis should lead us to finally act in a united fashion as the European Union towards Saudi Arabia,” Kneissl told Die Welt.

Meanwhile, the Kremlin said Russia believes that the Saudi royals were not involved in the murder.

US President Donald Trump has called the case “one of the worst cover-ups in history”.

A Turkish presidential source said Erdogan shared information about the case with Canada’s Prime Minister Justin Trudeau during a phone call on Friday.

Prince Mohammed, the kingdom’s de facto ruler, has denounced the “repulsive” murder, denying any involvement. The kingdom’s leadership has pushed responsibility down the chain of command.

However UN expert Agnes Callamard said Thursday that Khashoggi was the victim of an “extrajudicial execution” committed by the Saudi state. She called for an international investigation.