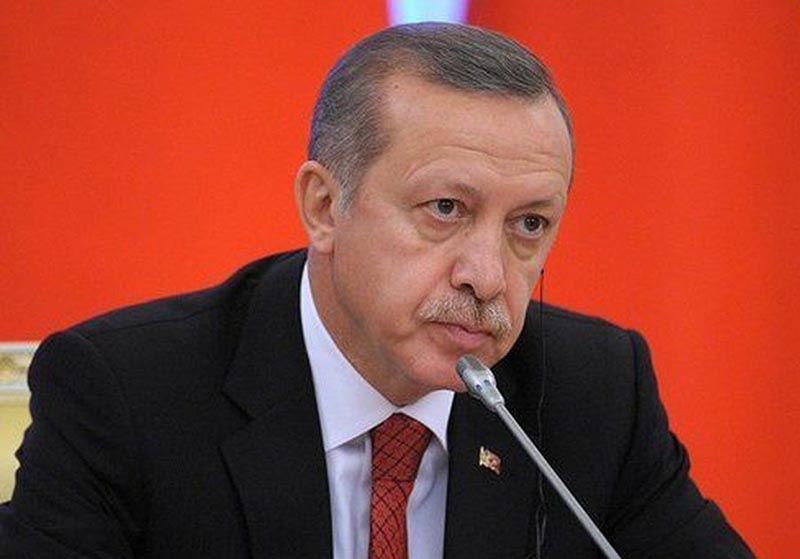 President Recep Tayyip Erdogan vowed Saturday to defy US “threats” over a detained pastor, showing no signs of concessions in a bitter row that has caused the Turkish lira to crash.

The Turkish strongman also said his country’s partnership with the United States may be in jeopardy, warning Ankara could start looking for new allies in an op-ed in the New York Times.

Relations between the two NATO allies have sunk to their lowest point in decades over a string of issues including the detention of US pastor Andrew Brunson on terror-related charges, prompting the Turkish lira to hit record lows against the dollar.

The embattled lira tumbled 16 percent against the dollar on Friday, falling further when US President Donald Trump said he had doubled steel and aluminium tariffs on Turkey.

“It is wrong to dare bring Turkey to its knees through threats over a pastor,” Erdogan said in the Black Sea town of Unye.

“Shame on you, shame on you,” he said in remarks directly addressed to Washington. “You are exchanging your strategic partner in NATO for a priest.”

Trump announced the punitive doubling of tariffs on Twitter, saying: “Our relations with Turkey are not good at this time!”

The White House has said the newly-imposed sanctions would take effect from August 13.

But Erdogan downplayed the currency crisis, advising Turks to show solidarity by converting any stashed-away gold or foreign currency to Turkish lira in a bid to wage a “war of independence” against America.

“If they have the dollar, we have Allah,” he said.

And he brushed off the tariffs.

“They say we will not give this or that. Don’t give. What we have is enough for us.”

In the New York Times, Erdogan warned Washington not to risk its relations with Ankara, saying it would look for “new friends and allies”.

“Unless the United States starts respecting Turkey’s sovereignty and proves that it understands the dangers our nation faces, our partnership could be in jeopardy,” he wrote.

“Before it is too late, Washington must give up the misguided notion that our relationship can be asymmetrical and come to terms with the fact that Turkey has alternatives,” he said.

“Failure to reverse this trend of unilateralism and disrespect will require us to start looking for new friends and allies.”

Iran’s Foreign Minister Mohammad Javad Zarif waded into the mounting row, accusing Washington of an “addiction to sanctions and bullying”.

“The US has to rehabilitate its addiction to sanctions (and) bullying or the entire world will unite — beyond verbal condemnations — to force it to. We’ve stood with neighbors before, and will again now,” he warned.

Iran has also suffered a major tumbling of its currency this year partly over the reimposition of US sanctions after Trump abandoned the 2015 nuclear deal.

Erdogan had on Friday held a phone call with Russian President Vladimir Putin to discuss economic and trade issues as well as the Syria crisis.

The latest escalation between Ankara and Washington was denounced by the Turkish press, with pro-government daily Sabah saying “the currency attack” was no different from the attempted coup of July 2016.

The pastor’s arrest further soured ties with Washington, which were already very frail.

But Erdogan vowed there would be no easing of the law in Brunson’s case, saying: “We have not made concessions on justice so far, and we will never make any.”

Trump has described the pastor’s detention as a “total disgrace” and urged Erdogan to free him “immediately”.