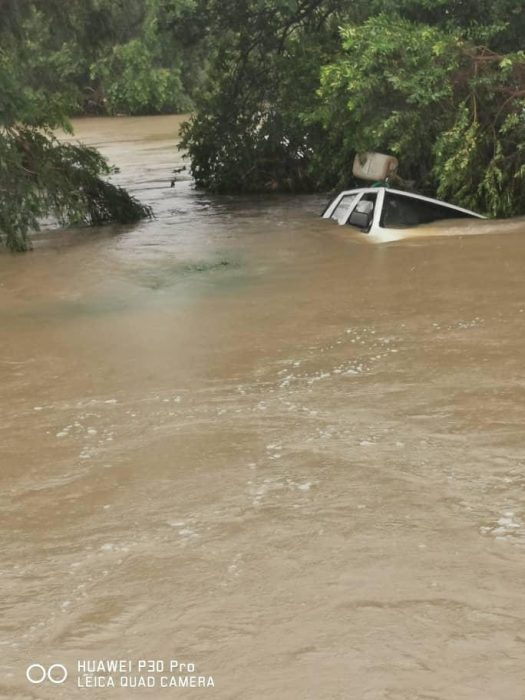 The vehicle, which was swept away before it was retrieved
Spread This News

GOVERNMENT has confirmed the recovery of two bodies belonging to occupants of a double cab vehicle that was swept away while they were attempting to cross a flooded river in Gweru.

Four other people who were part of the doomed journey are still missing.

The vehicle, a Toyota Hilux double cab, believed to belong to a miner or mining company, was towing a mining compressor when the incident occurred along Matobo Road at around 6 am.

It is believed that the vehicle was carrying four males including the driver and two females.

By last evening, the compressor, the driver and three passengers were still to be located.

The incident was confirmed by government spokesperson Nick Mangwana through his Twitter handle.

“The swept away double cab has been recovered with two bodies. Four is the number of people thought to be missing,” he said. 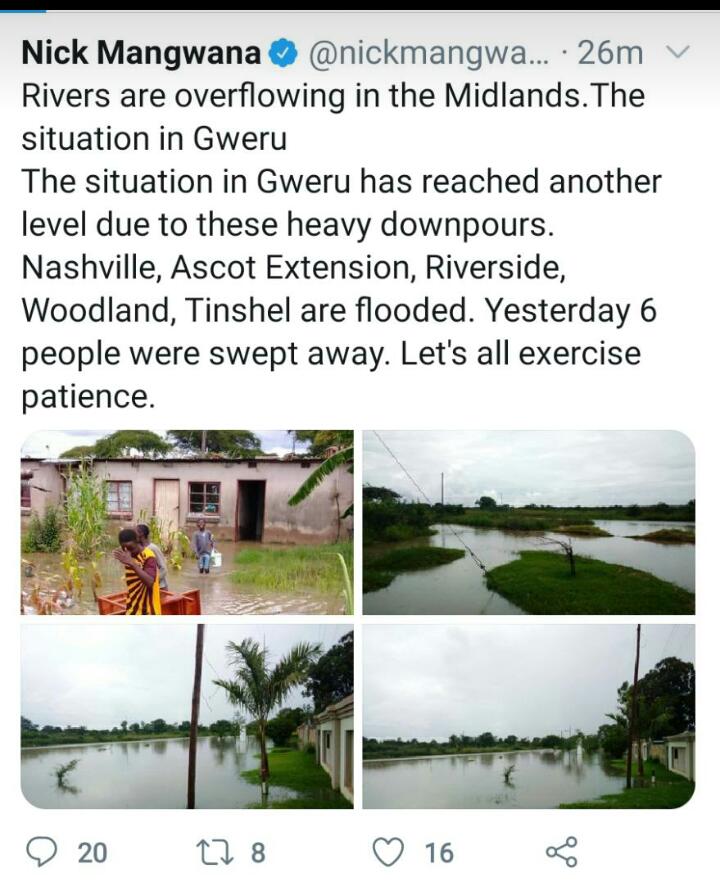 Mangwana urged members of the public to desist from crossing flooded rivers and bridges.

“It is very important that we desist from trying to cross flooded rivers, roads and bridges. Is it not enough that we are losing people to Covid-19?”