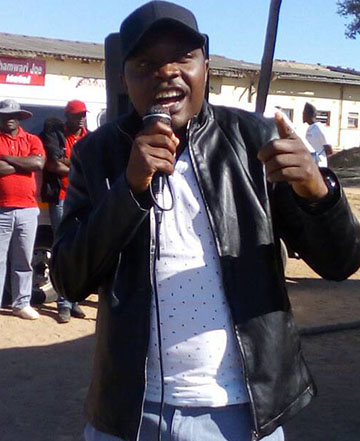 TWO more MDC Alliance activists were on Monday dragged to court on allegations of participating in violent demonstrations over last month’s election results.

The two were released on $50 bail each with the case was remanded to September 18 for trial.

Six people were killed, and several others injured after the military moved into the city centre, shooting at the crowds.

The killings were widely condemned internationally prompting president Emmerson Mnangagwa to set up a commission of inquiry headed by former South Africa president Kgalema Motlanthe and comprising local and other international experts.

Meanwhile, some 30 suspected accomplices also appeared before the same magistrate who remanded them to the same date.

The State is holding the suspects accountable for the deaths of six people who were shot dead during the protests.

According to prosecutors, the suspects burnt vehicles, a bus and banners belonging to Zanu PF party.

They allegedly destroyed property worth $345,000 and nothing was recovered.

One Sibusisiwe Eva Zimunya also had her vehicle, a Honda CRV, burnt during the protests.

All the suspects are denying the allegations.

Most of them – through their lawyers – argued that they were caught in an indiscriminate police dragnet arrest.

Some of them argued they were MDC Alliance officials arrested while on duty at Harvest house.

They are being represented by human rights lawyers.