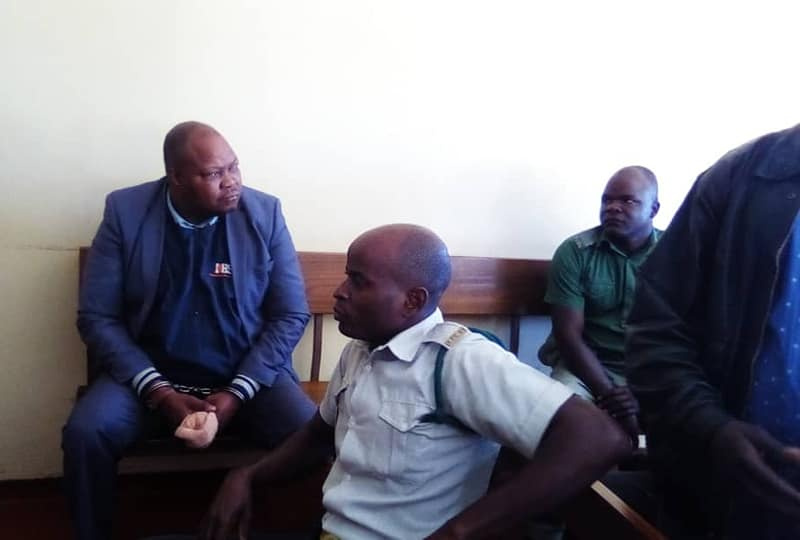 BIKITA: MDC deputy national chairman Job Sikhala who is facing subversion charges connected to utterances he reportedly made at a party campaign rally in Masvingo last Saturday has been remanded in jail until July 24.

Sikhala appeared before Masvingo Provincial Magistrate Marewanazvo Gofa in Bikita with a handful of supporters milling outside the courtroom.

Human right lawyers representing the Zengeza West lawmakers led by Alec Muchadehama immediately indicated they will apply for bail at the High Court.

“We had made an application to the effect that Sikhala had been detained longer that required. The law requires that once one is detained for over 48 hours before they are brought before a court they must be released.

“He was arrested on 9 July at 08:00hrs and only appeared before a Magistrate at 09:15hrs the 48hr period had lapsed,” Muchadehama a member of the Zimbabwe Lawyers for Human Rights said.

He added: “We had also told the court that Sikhala was blindfolded, denied access to his medication, family and lawyers. We have requested that this be investigated. We are now going to approach to the High Court for bail.”

The Magistrate however ordered police to investigate Sikhala’s claims of abuse and harassment.

MDC spokesperson Daniel Molokele said the opposition had been dismayed by the ruling.

“We are not happy with the decision and our lawyers will be appealing to the High Court,” said Molokele.

Sikhala according to his lawyers has also indicated he wants to sue both government and specific officers who abused him while in detention.

The MDC deputy chairman reportedly told party supporters in Bikita that the opposition was planning to topple President Emmerson Mnangagwa before scheduled elections in 2023.

“We are a committed leadership that will give Zanu PF headaches. (Amos) Chibaya (party national organising secretary) was not lying or joking about the war and fight we are going to take to the doorstep of (President) Emmerson Mnangagwa. We are going to overthrow him before 2023,” he allegedly said.

Sikhala was arrested for contravening Section 22 (2) (a)(iii) of the Criminal Law (Codification and Reform) Act (Chapter 9:23)