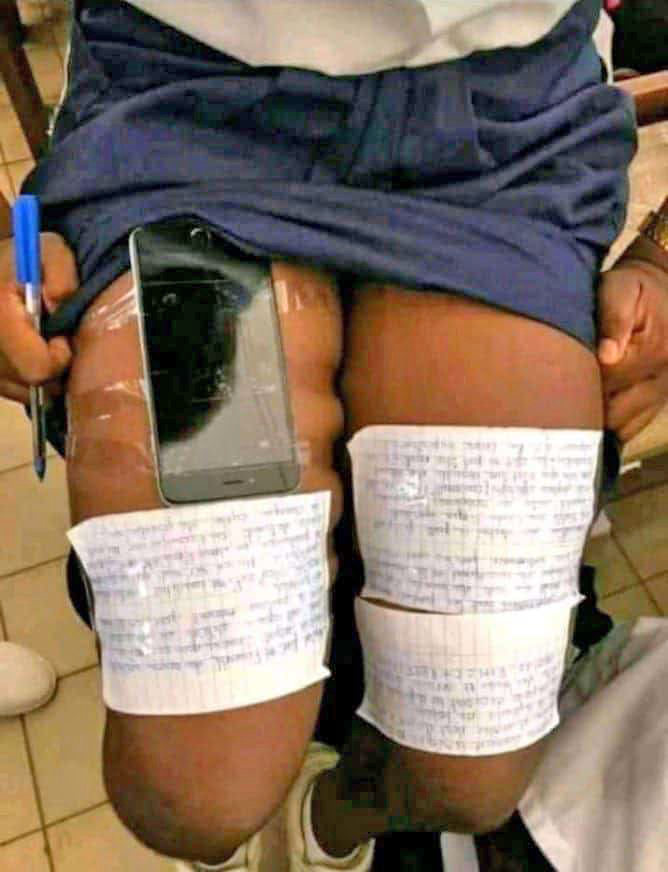 TWO learners at Mufakose High1 last week appeared in court after they were caught cheating in the middle of an exam.

The two Beloved Chidakwa (19) and Tinashe Shambi (19), according to prosecutors, already had access to a Mathematics Paper 1 exam paper before the examinations started.

They were charged with a count of unlawful access to examination material when they appeared before Harare Magistrate Tafadzwa Miti.

They will be back in court on November 28 awaiting trial.

The duo are accused of having gained access to the paper on October 18.

According to court papers, Chidakwa was negligently scrolling on his Iphone 6S and he did not pay heed to the instructions to surrender it to the invigilator when called on to.

Court heard during the examination, Zvikomborero Gomera ,the invigilator noticed that Chidakwa had his phone on and was using it.

He took the student to the Headmaster David Vurayayi to report the matter .

Upon confiscation of the phone and investigation, it was discovered that it contained scanned copies of the paper which were being written on the same day and pictures of proposed answers.

The matter was reported to the police and Chidakwa was arrested.

He then implicated Shambi,  claiming that Shambi had shared the paper through his WhatsApp account.

Shambi was arrested and his phone also confiscated.

The pictures are yet to be submitted in court as exhibits.