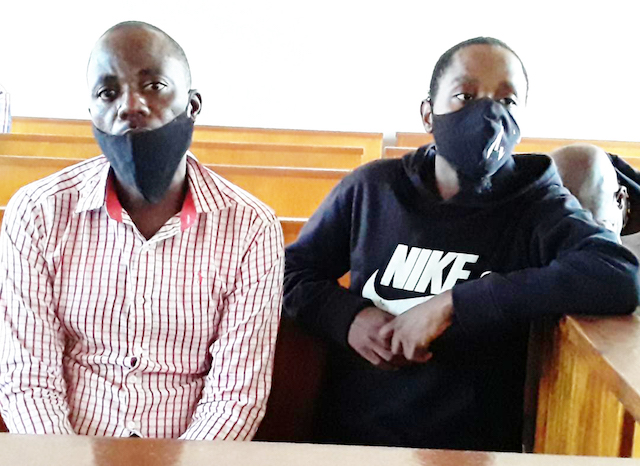 TWO Zimbabwean nationals were last Wednesday denied bail at the magistrates’ courts following their arrest a few days ago on charges of printing fake Covid-19 negative results for truck drivers.

Andrew Hleza (45) and Christopher Mabureni (28) were arrested in Katima Mulilo, Zambezi region where they operate a printing shop.

They were allegedly issuing truck drivers with fake negative Covid-19 test results and charging N$1 000 for each certificate. A third suspect, a Namibian, who works at the local state hospital, is on the run.

The Zimbabwean men are being charged with contravening the Public and Environmental Health Act and the matter was postponed to 27 April to allow further investigations by the police, and for the accused to obtain legal representation.

State prosecutor Astrid Hewicke said the reason for not granting the bail was that investigations are still at an early stage, and the accused are foreigners with no valid documents permitting them to remain in the country.

Ben Nangombe, the director of health said the health ministry was pleased with the arrest of the two suspects adding they had been running a sting operation with the Namibian Police for some time.

“Those engaging in these activities are putting the lives of our people at risk. We must work together to stop them. We, therefore, call upon people who may have more information about the forgery of Covid-19 results to come forward and inform the ministry or the Namibian Police,” he pleaded.

Nangombe warned members of the public to refrain from activities that would only serve to undermine Namibia’s efforts of combatting Covid-19.