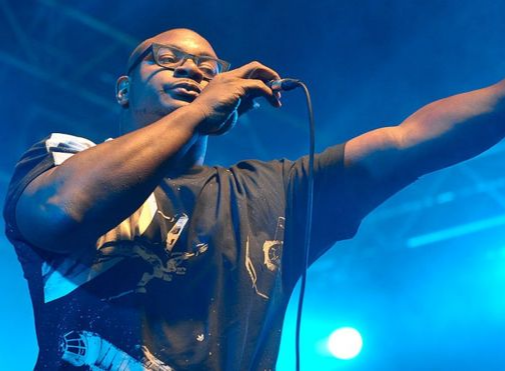 The Nigerian-British musician was known for a witty, mature style that owed more to the old-school US rappers than the grittier street sounds of London.

In 2004, his second album, Upwards, was nominated for the Mercury Prize alongside Amy Winehouse, The Streets and eventual winners Franz Ferdinand.

His death was mourned by stars including Ghetts and Roots Manuva.

DJ Charlie Sloth called him “a friend, a role model and a true foundation to UK rap”.

“This brother here was truly a good person. Sad to see you ascend from this realm so soon,” wrote Posdnuous, from US rap trio De La Soul, who appeared on Ty’s third album, Closer, in 2006.

Born Ben Chijioke in London in 1972, he grew up with his sister in a strict household where he was expected to become a doctor or a lawyer.

But he fell in love with hip-hop and decided to pursue a career as an MC.

“They didn’t take to it very well at all,” he told the Independent in 2008. “I knew that it was going to happen, but I just continued to do what I did – they just made me do it in secret.”

After finding a job as a sound engineer, he started recording in the mid-90s, appearing on tracks produced by IG Culture’s New Sector Movement and DJ Pogo, as well as hosting a hip-hop night called Lyrical Lounge.

He released his debut album Awkward in 2001, but it was Upwards – with its mixture of Afro-funk, Jamaican dub, Latin shuffles and dextrous wordplay – that brought him to mainstream attention.

The album showcased his relaxed, storytelling style, whether he was talking about relationship problems on Wait A Minute, or the more serious dilemma of gun crime on Rain.

He went on to record three further solo albums, the most recent being A Work of Heart in 2018, and collaborated with dozens of artists from afro-beat drummer Tony Allen to Soweto Kinch and US hip-hop outfit Arrested Development.

The musician contracted coronavirus earlier this year, and a fundraising page set up in April said he had been “put in a medically induced coma to temporarily sedate to help his body receive the appropriate treatment”.

He later left intensive care after his condition seemingly improved – but on Thursday, his press team confirmed he had died.

Rapper Ghetts was among the rappers paying tribute, writing on Instagram: “RIP TY. This ones deep I had a lot of respect for.

He added that Ty was “one of the first from the older generation to embrace me and show me love.”

Roots Manuva simply wrote: “Rest my Brother. You did good”.