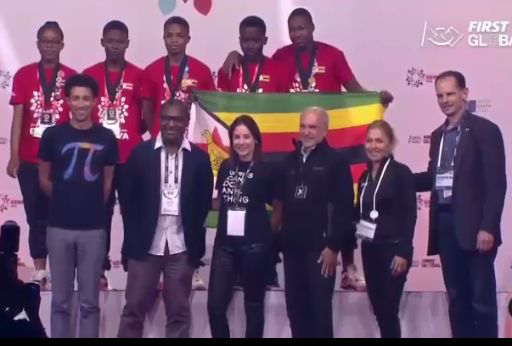 Tynwald High School students who represented Zimbabwe at the Global Robotics Challenge in Geneva, Switzerland scooped a gold medal amid dark time as fellow pupils who perished in the Nyanga Road accident are laid to rest.

This year’s Global Challenge was held under the theme ‘Carbon Capture’, focused on finding climate solutions to reduce the amount of carbon released into the atmosphere by augmenting natural processes or creating new technologies.

“Zimbabwe is a great international story. There is a nice shine to its sheen. Those growing up now are growing at a great time to be a Zimbabwean. They can walk tall with their heads held high,” Mangwana said.

Meanwhile six Tynwald High students who died when a school bus they were travelling in veered off road and overturned in Nyanga were laid to rest at Glenforest cemetery, Monday.