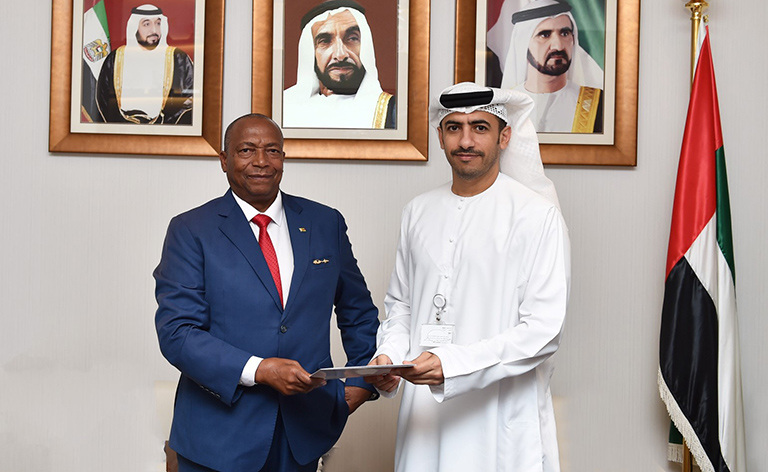 ZANU PF has described the death of Zimbabwe’s inaugural ambassador to the United Arab Emirates (UAE) as a blow to the country’s attempts to wade off its pariah status and re-engage with the international community.

Jethro Ndlovu died aged 66 at a local hospital in Harare Saturday after a short illness, and according to media reports, he succumbed to Covid-19.

For the past 20 years, Zimbabwe has been isolated through sanctions imposed by the United States and the European Union due to its bad human rights record and failure to implement key economic and political reforms.

“Ambassador Ndlovu’s death is an assault to the Second-Republic’s objective of reconstructing Zimbabwe’s diplomatic adhesion which has suffered unprecedented threats culminating in the nation’s extensive isolation by imperialist forces.

“While to some he is remembered as an ordinary civil servant, to his fellow comrades, this late Son of the Soil will be forever revered as a brother and a faithful steward of Zimbabwe’s permanent aspirations. The late Ambassador leaves an indelible mark of distinction and uncompromised loyalty to the nation,” added Mpofu.

Ndlovu was appointed ambassador to UAE in 2019 and became the first top diplomat to be posted to the oil-rich country.

“The late ambassador’s desire for excellence and love for his country led to the excellent ties currently prevailing between Zimbabwe and the UAE. Ndlovu’s career path epitomised Zimbabwe’s fervent loyalty to meritocracy as it landed him at the apex of serving the nation as a top envoy in the United Arab Emirates,” said Mpofu.

The late Ndlovu joined the armed struggle in 1977. Between 1986 and 1993, he was with the Air Force of Zimbabwe as the Aircraft Servicing Squadron Leader before being promoted to Chief Aeronautical Inspector.

He later worked for various state-owned enterprises including the Civil Aviation Authority of Zimbabwe (CAAZ) and the Zimbabwe Mining Development Corporation (ZMDC).

He is survived by his wife Eunice, a son and two grandchildren.