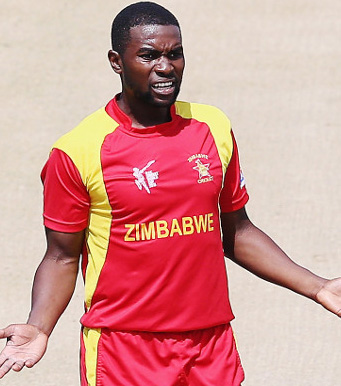 ZIMBABWE get the chance to resurrect their World Cup campaign and put their first points on the board Thursday when they meet the United Arab Emirates in Nelson.
Although nerves got the better of Zimbabwe in their World Cup opener against South Africa, that should not be a problem when they play the UAE.
Against South Africa on Sunday Zimbabwe were beaten by 62 runs in what was still a credible showing against one of the tournament favourites and they will be much more settled with that game out of the way.
The pressure of playing one of the top-ranked sides in Pool B eases as they front a UAE side who have been written off in many quarters as rank outsiders.
But how Zimbabwe handle the imbalance will indicate how serious a threat they will be of qualifying for the quarterfinals.
They are in the three-way battle with Ireland and the West Indies for the fourth spot in a pool where South Africa, India and Pakistan are likely to fill the top three places.
With Ireland having already beaten the West Indies, Zimbabwe know the challenge ahead and how costly an off-day against the UAE could be.
Ahead of the World Cup a seven-wicket win over Sri Lanka in a warm up game showed their capabilities and when the tournament started, they had South Africa in trouble at 83-4.
But then David Miller and JP Duminy shared an unbroken stand of 256 and South Africa reached 339-4. Zimbabwe’s chances ended on 277 in the 49th over.
“We wanted to be positive. But whether bowling, batting, even in our fielding, overall everyone was afraid,” captain Elton Chigumbura admitted.
Hamilton Masakadza cracked 80 against South Africa, Chamu Chibhabha scored 64 and Brendan Taylor made 40 but the confidence was lacking as the last five wickets fell for 41 runs.
But as an experienced World Cup entrant, having played all nine tournaments since debuting in 1983, Zimbabwe should have too much experience of the big occasion than the UAE.
The UAE are making a Cup comeback 19 years after their one and only previous appearance in 1996 where they recorded a solitary win over the Netherlands.
Their road to Nelson has also been less than impressive, including a 14-run loss to Afghanistan last week.
They were on target to overhaul Afghanistan’s 308-9 when they reached 234-3 in the 40th over before the innings collapsed.Advertisement

The positives they took from the game were an 86 by Khurram Khan, at 43 one of the oldest players in the tournament, and respectable figures of 4-39 by medium pacer Amjad Javed.
Mohammad Tauqir, another 43-year-old and a rarity in the side as a native while most of the squad are expats from India and Pakistan, will captain the UAE with assistance from former leader Khurram.
Tauqir said they are targetting the Zimbabwe game as “a challenging but a realistic target. These players are capable of causing an upset.”
But experience could be a factor with the 15-man UAE squad having a combined 71 matches between them, with 15 played by Tauqir and Khurram.