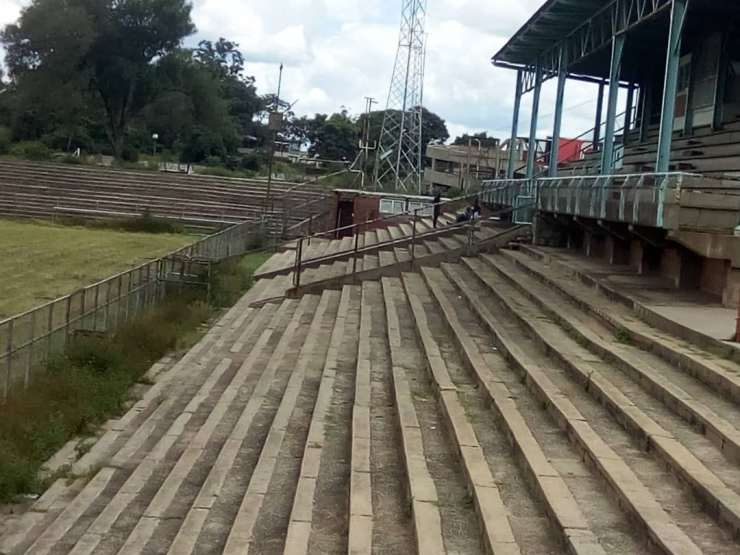 A section of the derelict Gwanzura stadium
Spread This News

The stadium which at its prime hosted some of Zimbabwe’s greatest derbies has been left in deplorable state by council.

Work has already started with a new pitch set to be installed and terraces which had become rundown also refurbished.

“Yes, it is true, Prophet Angel is refurbishing the stadium but I might have to get back to you with more details as we are leaving for the site now,” said Chideme.

At one time the stadium was home to Harare giants Caps United before it was closed in 2015.

Over the years, poor administration and failure to rehabilitate it has seen grass growing on the concrete terraces, sewer flowing freely and the security or precast wall slowly disintergrating.

This will be third attempt to rehabilitate the stadium.

Stadia in Zimbabwe is at its lowest with continental football body Confederation of African Football (CAF) suspending the use of all of them due to their poor condition.

The iconic Rufaro Stadium popular for its relationship with Dynamos, Barbourfields which is home to Highlanders, the Warriors’ National Sports Stadium and FC Platinum’s Mandava Stadium have all been highlighted as poor by CAF.