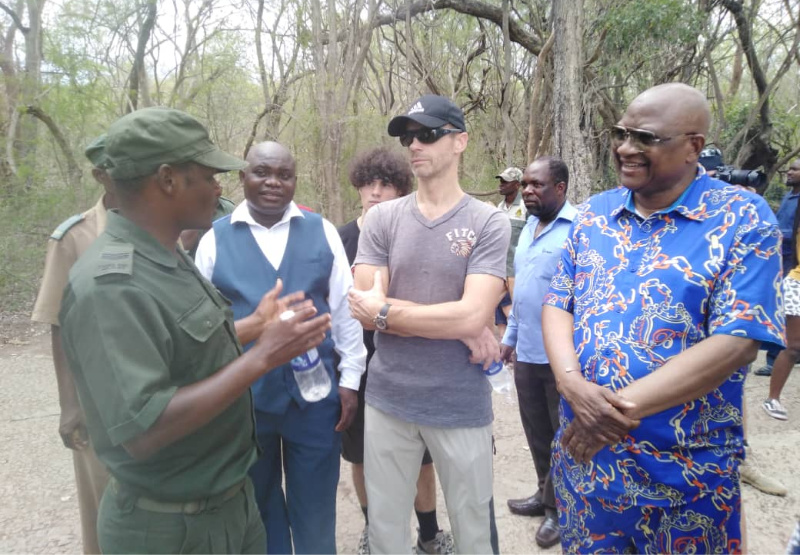 UEFA president Aleksander Ceferin, who is in the country on a private visit with family, says said the resort town of Victoria Falls has potential to attract international football teams for off season camping and training but only if the country invested in sports infrastructure.

The Slovenian, who is in his fourth year as Uefa boss, landed midday at the Victoria Falls Airport accompanied by wife, Barbara and children as well as family members and friends making up a huge 20-member delegation.

They were welcomed by Cosafa president Phillip Chiyangwa who is handling their 12-day itinerary.

Ceferin, who is also Fifa vice president, said he will discuss areas of possible cooperation with Cosafa and Zimbabwe in particular.

“Every town like this is also focused on sports tourism because sport is tourism. Victoria Falls is blessed because if in addition you have this (Falls) what else do you need?” he said.

“Teams can come here but there is need for good infrastructure. I don’t know about infrastructure here as I haven’t seen around but this is what we will talk about with Philip. We just met a few hours ago and we will speak about everything possible.”

Victoria Falls is one of the towns in the country that is yet to have a premier soccer league club.

Each year Victoria Falls clubs falter in the lower tier Division one with Mosi Rovers the current town’s representatives.

There is no standard stadium in Victoria Falls with Chinotimba stadium way below meeting recommended international standards as it is without ablution facilities, changing rooms and terraces, among other key requirements.

However, Ceferin could not hide his excitement seeing the Mighty Falls.

“This is fantastic and very hot which is what we want in Europe. I see some water, I see a lot of water,” he said.

Chiyangwa, who is a former Zifa boss, said they will have closed door meetings with the Uefa boss.

“There are discussions already underway where we will discuss possible opportunities available in Zimbabwe and even outside sport,” he said.

On Christmas Day, Hollywood stars Michael Douglas and wife Catherine Zeta-Jones and children Dylan and Carys spent the day doing activities in Victoria Falls where they posted pictures at the Falls and on the Zambezi River interacting with elephants.

Tourism players and authorities have said they were encouraged by the visit by celebrities as this confirms the country as a destination of choice.

More and more tourists are also arriving in Victoria Falls ahead of the annual Vic Falls Carnival which roars into life this Sunday.