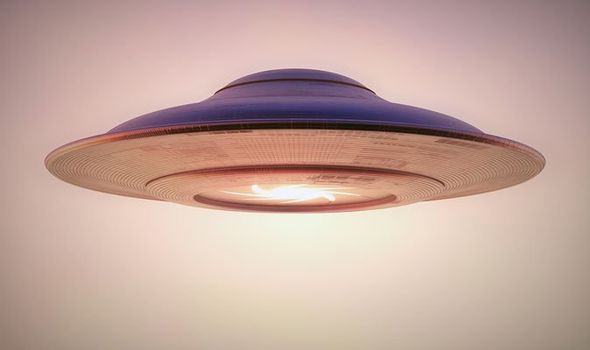 RICHMAN Myambo, 47, from Chipinge, Zimbabwe was heading home before he claimed an unidentified flying object appeared out of nowhere. He said he spotted an unusual light in the sky, followed by a deafening noise.

In an interview with ZBC News, Mr Myambo said the sound caused him to fall off his motorbike.

He told the local news outlet: “I was traveling home on my motorbike at around 9am when I witnessed a strange light traveling in the sky.

“I tried to concentrate on riding, but what made me fall was the sound that followed after the light.

“I then fell off the bike due to panic. I thought I was dying.”

Describing the UFO, Mr Myambo said it looked like “a rocket with fire on its back”.

He suffered a leg injury after falling off of his bike, and is now recovering in the Chipinge District Hospital.

Defending his vision, he said: “I was 100 percent sober, but I was so confused because I thought I had encountered those strange things people see in dark and thick forests.”

Other residents have supported Mr Myambo’s account, and said they saw the bright light followed by a loud, booming sound.

The pilot of the flight said: “Do you have any targets up here? We just had something go right over the top of us.

“I hate to say this but it looked like a long cylindrical object that almost looked like a cruise missile type of thing moving really fast right over the top of us.”

“FAA air traffic controllers did not see any object in the area on their radarscopes.”

The black and white videos were recorded by Navy pilots, with one from November 2004 and two from January 2015, the US Department of Defence said.

The Blink-182 musician had previously shared the videos through his company To The Stars Academy of Arts & Science in 2017, and said in response: “With today’s events and articles on my and @TTSAcademy’s efforts to get the US Gov to start the grand conversation, I want to thank every share holder at To The Stars for believing in us.

“Next, we plan on pursuing the technology, finding more answers and telling the stories.”