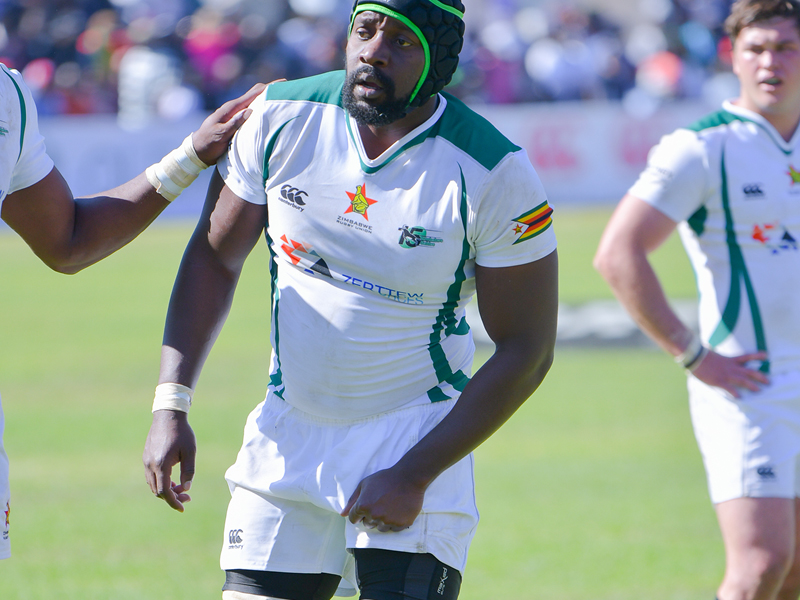 The Sables needed nothing short of victory to stay afloat and started the game with real intention putting the hosts under pressure early.

Rugby Cranes were penalized for being offside three minutes into the game but Lenience Tambwera’s penalty went wide. However, it was not long before the visitors took the lead.

Uganda was penalized for not rolling away, Sables kicked for touch and from the line-out, Brian Nyaude offloaded to Connor Pritchard who sliced through for the first try of the game with Tambwera adding extras.

Zimbabwe who had a numbers advantage with Robert Aziku sin-binned continued to put pressure on Uganda’s defense.

Down to 14 men again with Aaron Ofoyirwoth sin-binned for a dangerous tackle, Rugby Cranes were penalized for diving into the ruck, and a quick tap from Tafadzwa Chitokwindo caught John Duncan’s men sleeping and he sneaked in the second try that Tambwera converted for a 14-00 lead.

However, Byron Oketayot cut the deficit with Uganda’s first try. From a line-out and rolling maul, Oketayot picked the ball and ran through to the try line and Philip Wokorach added the extras. The Rugby Cranes number 15 slotted in a penalty to cut the deficit to 4 points.

At the stroke of halftime, Robert Masendi’s poor pass was intercepted by Brendon Mandivenga who raced to extend Zimbabwe’s lead to 19-14.

After recess, the Sables made the lead more comfortable with Chitokwindo getting in his second try of the game.

Uganda went on the attack and Michael Okorach forced one over but Philip’s conversion went wide. He later made amends with a penalty to bring Uganda within six points (18-24).

The Sables then worked the ball through several hands and Shingirai Katsvere was at the end of it scoring a try with just over ten minutes to play.

Uganda’s fight back hit a dead end as Shayne Makombe’s try in the 78th minute that Lenience Tambwera convereted put the game to bed for Zimbabwe and secured Tier 1A status.

However, Kenya can qualify for the World Cup through a global repechage set for November in France where they will meet Canada, Germany and Hong Kong.