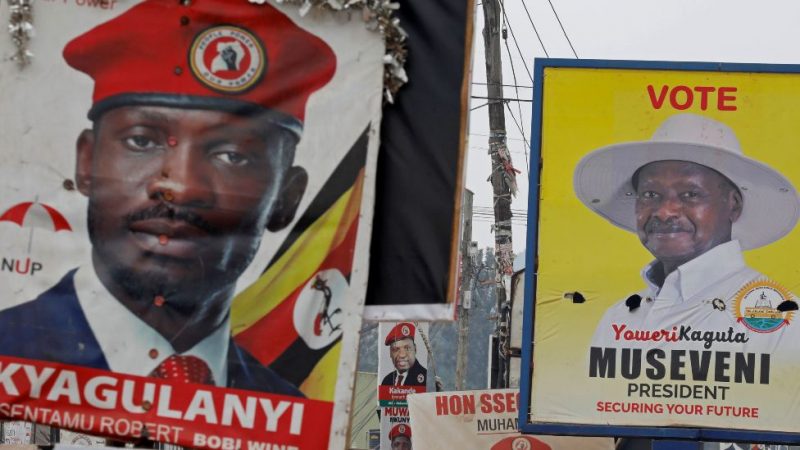 UGANDA has blocked access to social media and messaging apps ahead of Thursday’s hotly contested election.

A letter, seen by AFP and Reuters, was sent to all telecoms firms by the communications regulator ordering the immediate shutdown.

It comes a day after Facebook closed “fake” accounts it said were linked to the government, saying they were being used to boost the popularity of posts.

The run-up to the election has been marred by tension and violence.

President Yoweri Museveni is seeking his sixth elected term in office after 35 years in power.

The BBC’s Patience Atuhaire in the Ugandan capital, Kampala, says the campaign period has been dominated by social media, as political parties have tried to reach the young, politically aware population.

The Uganda Communications Commission (UCC) has not responded to media requests to confirm the shutdown order, but internet monitoring group NetBlocks says it has noted restrictions on all major internet providers in the East African nation.

Our correspondent confirms widespread reports of disruption on platforms such as Facebook, WhatsApp, Instagram and Snapchat, when using the country’s data servers.

The AFP and Reuters news agencies quote industry sources as saying that telecoms executives were told the ban was in retaliation for Facebook blocking pro-government accounts.

On Monday, the government described Facebook’s action as high-handed and said Thursday’s elections would be free and fair.

One insider told AFP that internet service providers were also given a list by the UCC of 100 virtual private networks (VPNs) to block.

During the 2016 election, the government blocked social media on polling day and for several days after, which led to the proliferation of VPN use in the country, our reporter says.

Meanwhile, Bobi Wine has called on voters to remain at polling stations on Thursday and use their mobile phone cameras to record the tallying process, amid concerns over election rigging.

The candidate made the plea after saying his house had been raided and security guards arrested earlier on Tuesday, the last day of campaigning. A police spokesman denied there had been any arrests.

Mr Museveni’s rival has been detained periodically, and dozens of opposition protesters have been killed in the run-up to the vote.

Kizza Besigye, a veteran opposition leader who challenged President Museveni in four previous elections but is not standing again, said the violence of this campaign was “unprecedented”.

“Violence, terror seem to be scaled up with every coming election. This election has witnessed untold violence. It gets worse and worse by the day,” he said.

Campaigning was banned in Kampala, and several other districts. The opposition says this is because it is popular in those areas, but the government says the measure was due to Covid-19 restrictions.