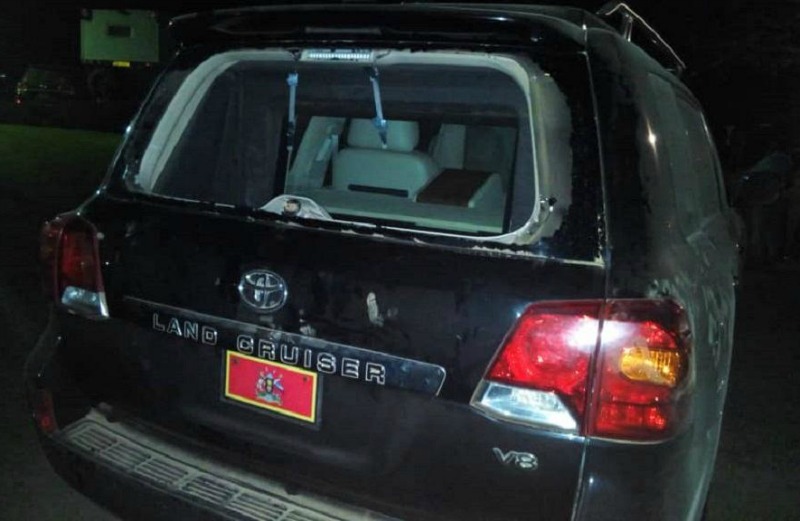 A senior press secretary to Ugandan president Yoweri Kaguta Museveni said on Monday evening that the president’s car came under attack by opposition supporters in the town of Arua, where a bye-election is to hold on Wednesday.

Photos shared by Don Wanyama showed that the rear mirror of the president’s Toyota V8 had been smashed in the attack. He did not comment whether the president was hurt or not.

The information came barely an hour after a popular lawmaker, Robert Kyagulanyi Ssentamu also known as Bobi Wine, posted on Twitter that police had attempted to kill him.

“Police have shot my driver dead thinking they’ve shot at me. My hotel is now cordoned off by police and SFC,” he wrote on Twitter with a photo of his driver slumped in the front seat.

Local media portals are reporting that Bobi Wine has been taken into police custody along with a fellow lawmaker.