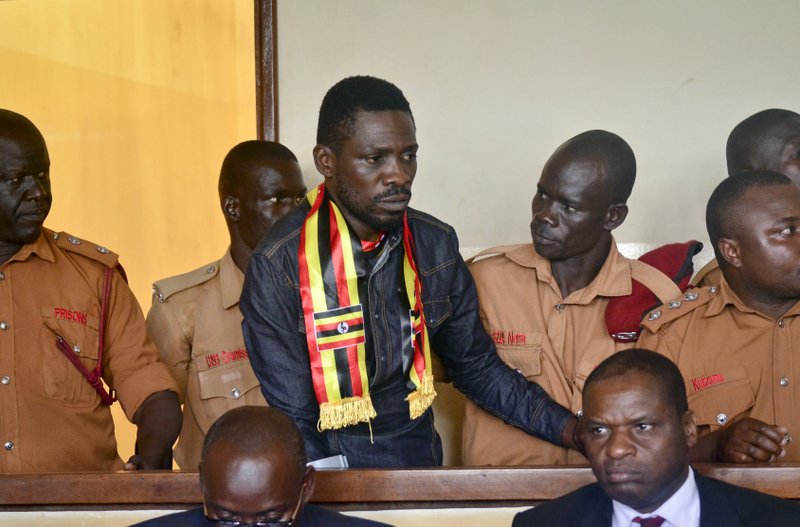 Ugandan pop star and leading opposition figure Bobi Wine has made a dramatic escape on a motorbike, avoiding arrest by security forces after they barricaded his home.

Wine shared a video on Facebook on Wednesday, captioned “Busabala Final Destination” of himself getting on a bike surrounded by supporters and well wishers.

The musician took to Twitter earlier in the day to post pictures of police and security agencies surrounding his home and allegedly stopping him from performing at his scheduled concert at Busabala.

According to a letter Ochola wrote to the Kampala Metropolitan Police, Wine did not make sufficient preparatory plans for traffic control, medical care and crowd control.

The musician was most recently arrested in April for allegedly staging an unsanctioned protest last year, but was released from jail after a few days.

Wine in a press conference held after returning to his home on Wednesday said that his escape was meant to prove to the authorities that “we can do that”.

\
He said despite it being independence day, “there was nothing to celebrate”.
“This is just not about me,” he said.

Wine told reporters that “many people suffer” when people are blocked from exercising or practicing their profession.
“Dictators are not massaged out of power. Dictators are resisted.”

“We are not going to stop at anything … at the end of this all Museveni will fall,” the pop star added.

Wine first attracted a youth following through songs critical of President Yoweri Museveni, who has ruled Uganda since 1986.

The pop star rose to political prominence in 2017 when, as an independent candidate, he won an election to represent a constituency near Kampala.

He has since successfully campaigned for other opposition candidates, raising his profile as a national leader and attracting calls to run for president.

The singer turned politician has said he will run for the presidency in 2021, and formally declared his presidential bid in July at an event in Kampala.

He has urged the president to retire after three decades in power, saying young people should take over the leadership of the East African nation.

However, he faces multiple challenges, including limited opportunities to hold rallies or stage concerts before elections.

He is also facing treason charges, which he denies, after being arrested with 30 other opposition politicians in August last year for allegedly stoning Museveni’s convoy following a campaign rally.

Last month, the red beret worn by Wine, which he has called a “symbol of resistance”, was banned by the government.

The pop star in response asked his supporters to defy the order and described it as a “sham”.

People who wear or sell the red beret and other designated pieces of military attire would be prosecuted under military law, Ugandan authorities said last month.