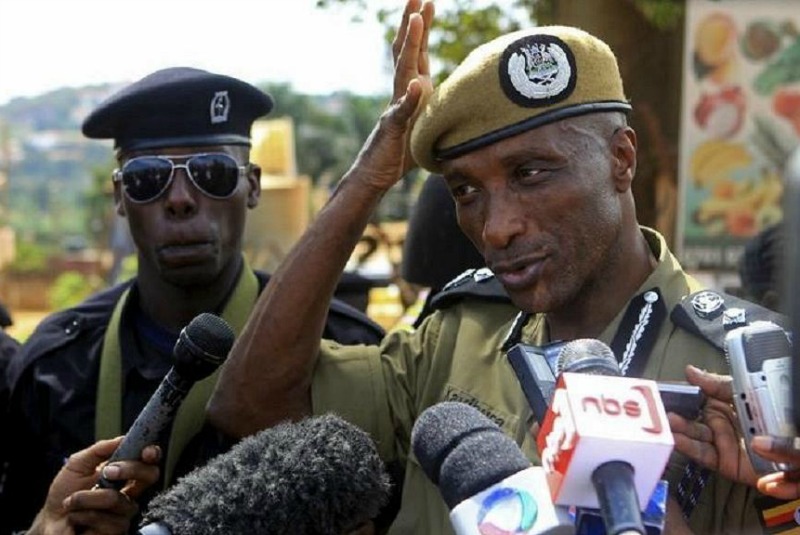 Uganda’s former inspector general of police, Kale Kayihura has been charged with a raft of charges, including arming a criminal gang and allowing refugees to be abducted by police.

62 year old Kayihura, who was sacked by President Yoweri Museveni in March and arrested in June pleaded not guilty in a military court on Friday.

Military prosecutor Major Raphael Mugisha accused him of allowing arms and ammunition to be issued to a notorious gang which operated among motorcycle taxi drivers in Kampala, as well as failing to secure weapons issued to specialised police units.

Kayihura, a serving general, was also charged with aiding the kidnapping of Rwandan refugees, including President Paul Kagame’s one-time bodyguard Lieutenant Joel Mutabazi who disappeared from a UN refugee camp in 2013 and is now serving a life prison sentence in Rwanda.

Human Rights Watch at the time accused the Ugandan police of having “utterly failed” to protect a refugee “clearly at serious risk”.

Kayihura was once viewed as among the most powerful men in Uganda, acting on the direct orders of Museveni, alongside whom he had fought during the rebel war which brought him to power in 1986.

Since his appointment as police chief in 2005, Kayihura oversaw what many critics viewed as the politicalisation of the police force into an institution loyal to the president.

Kayihura’s arrest came after a period in which he had been increasingly blamed for failing to solve a string of high profile murders, kidnappings and robberies.

He was denied bail and will reappear in court on September 4.