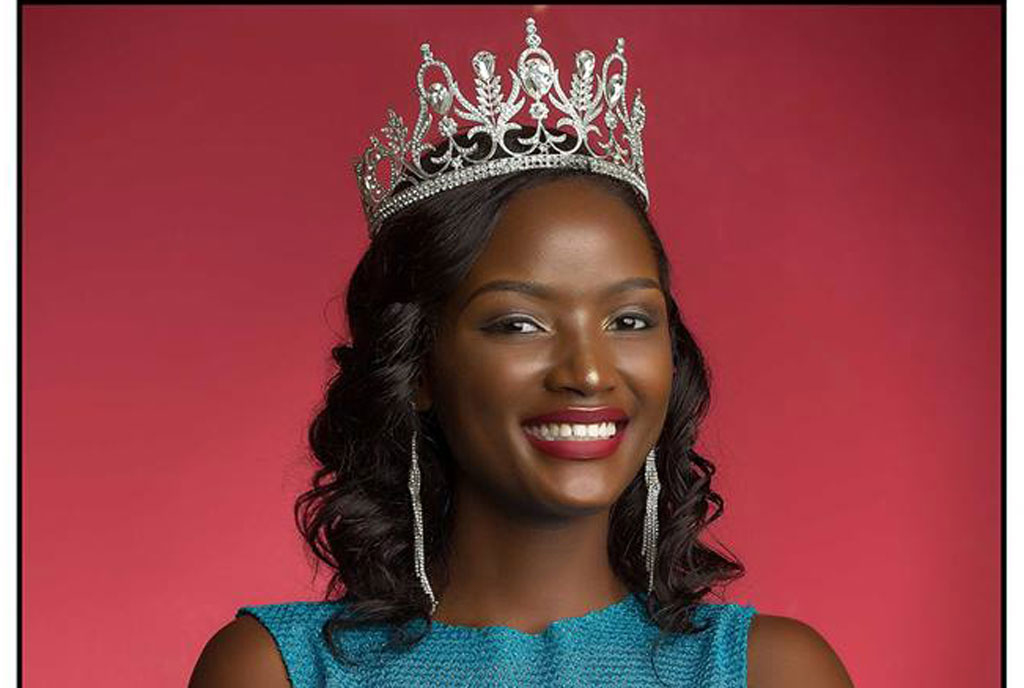 Tweeting a photo with fellow Ugandan Quinn Abenakyo shortly after her pageant win, he said “we must show African beauty in its natural form”.

Asked what Museveni meant by “Indian hair”, his spokesman Don Wanyama told the BBC: “Just look at the photo and you will see the type of hair.

“It’s an unnatural wig, he was saying she should wear her natural hair.”

Many on social media have defended Miss Abenakyo’s choice to style her hair as she pleases, and have hit back at President Museveni’s comments about “Indian hair”.

Presidential spokesman Wanyama would not be drawn on whether it was a reference to the hair’s texture or its presumed country of origin – India is one of the world’s largest suppliers of human hair for wigs.

No-one needs to define you’

Quinn Abenakyo told the BBC she agreed with the president about “not trying to copy what the Western world does”, but added:

“It’s 50/50 for me depending on occasion and how I feel. No-one needs to define how you wear your hair and what you do. If you are comfortable that is what matters.”

Abenakyo said she was “the happiest girl on the planet” after her pageant victory. She is seen here smiling next to the president:

Abenakyo is indeed a tall, beautiful Musoga girl. My only concern is that she was wearing Indian hair. I have encouraged her to keep her natural, African hair. We must show African beauty in its natural form. pic.twitter.com/UbY3AXh6TL

Some on Twitter took the view that it is wrong to police women’s personal choices about their own bodies and how they decide to present themselves:

The girl – is fine she can wear indian hair if she wants its her head isnt it, doesnt take away her beauty

Several other people supported the president, while others still drew attention to his own hairless pate:

I support the President on this issue. Natural hair brings out the beauty of an African woman.